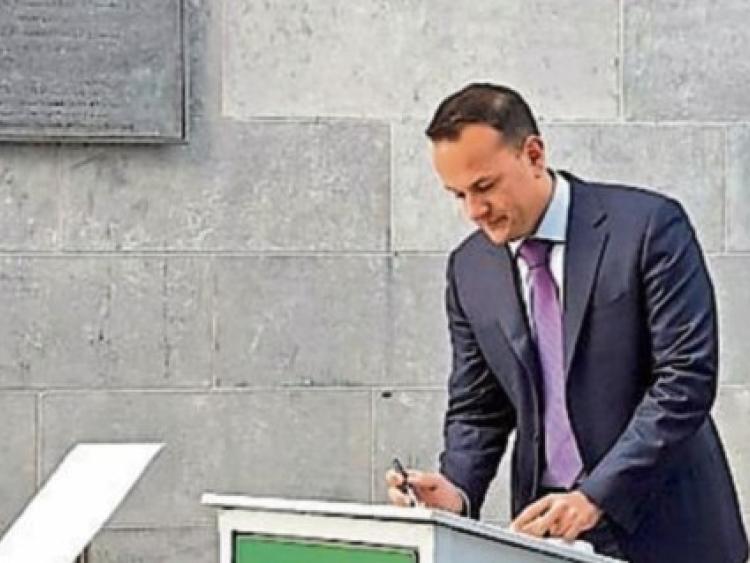 The Laois man has been trusted to have the qualities to take the helm of a company that employs over 6,600 people across 32 countries.

Its products are sold or distributed in across 130 countries. Glanbia's revenue reached €2.4 billion in 2017.

Glanbia is an Irish success story that must be the envy of many other nations.

Perhaps this is taken for granted. Just as agricululture and agribusiness is not given the recognition it deserves.

What other company could boast to be key to the incomes of thousand of suppliers around Ireland?

High-tech companies are where it is at. Food products and farming are seemingly not that sexy despite their value to the Irish economy.

Not long after he became Taoiseach last year Leo Varadkar made a pilgrimage to the HQ of Apple in the USA to meet its Chief Executive.

It was all carefully stage managed. RTÉ broadcasted pictures of Leo outside the Apple offices. The meeting was reported widely in other media. However, he did not manage to save the Athenry data centre and Apple €13 billion tax bill is still in limbo.

Now, has Leo Varadkar met the chairman or CEO of Glanbia?

We don't know but if he did no fuss was made - no RTÉ cameras were there. This is partly the media's fault but it is also a responsibility of a Taoiseach to promote the success of a sustainable sucess story.

Has he ever visited one of the suppliers or farmers whose livelihoods would collapse without Glanbia developing thousands of food products from the raw material - milk?

If not he will show up at some beef, tillage or dairy farm during the next General Election campaign in his clean new wellies. He might even choose to visit one of the many efficient Laois farms.

Last week, the CSO released figures which prove how efficient Irish farms are.

Dairy figures revealed that nearly 1 billion litres of milk was produced in May 2017.

The domestic intake by creameries and pasteurisers in Ireland last year reached more than 7.2 billion litres of of milk. This was up almost 10% on the 2016 total.

Martin Keane and many other dairy farmers like him in Laois and the rest of Ireland are central to this efficiency. Glanbia has facilitated their hard work.

The exports that stem from this and the benefit to communities up and down the nation is huge as a result.

But nothing should be taken for granted.

The CAP reform that is coming down the track as a result of Brexit could have bad impact.

The CAP talks will be a chance for Leo and co to pay real respect to Martin Keane, Glanbia and all farmers.