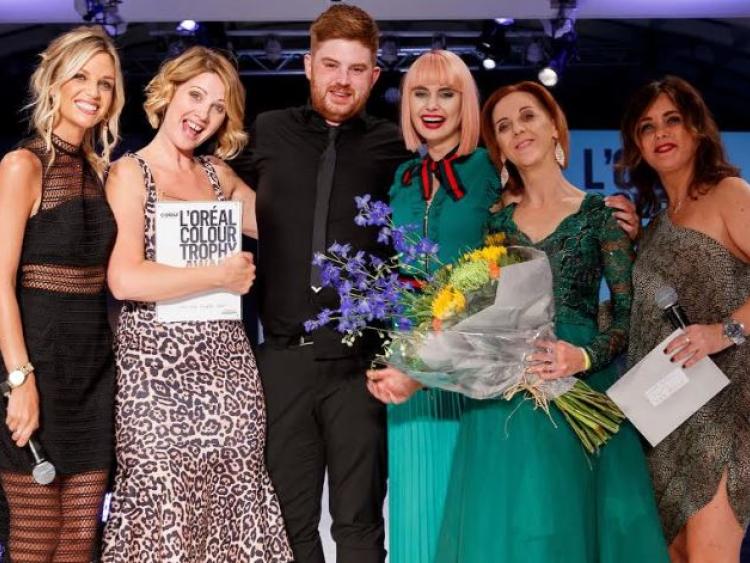 A popular Portlaoise hairdresser has won a prestigious award in the industry.

Hosted by Irish TV Presenter Ruth O’Neill, guests enjoyed a chic champagne reception, followed by a black-tie gala dinner and award ceremony, all before a rip-roaring after-party in the popular city centre spot.

Celebrating the cutting edge of Irish hairdressing talent, the glamorous affair attracted some of the most illustrious names in the industry as well as the next generation of leaders, with the L’Oreal Colour Trophy STAR Award going to Callum O’Donovan (The Edge Hair Design, Cork).

Held across five continents in 37 countries around the globe, The L’Oréal Colour Trophy Awards provides Irish stylists and salons across the country with the opportunity to shape future trends and showcase their talents amongst the very best in the business, with this year’s Grand Final adjudicated by industry icons Paul Dennison (Ken Picton), Andrew Mulvenna (Andrew Mulvenna Hair), Siobhan Jones (Headmasters), Adam Reed (Percy & Reed) and Tina Farey (Rush).