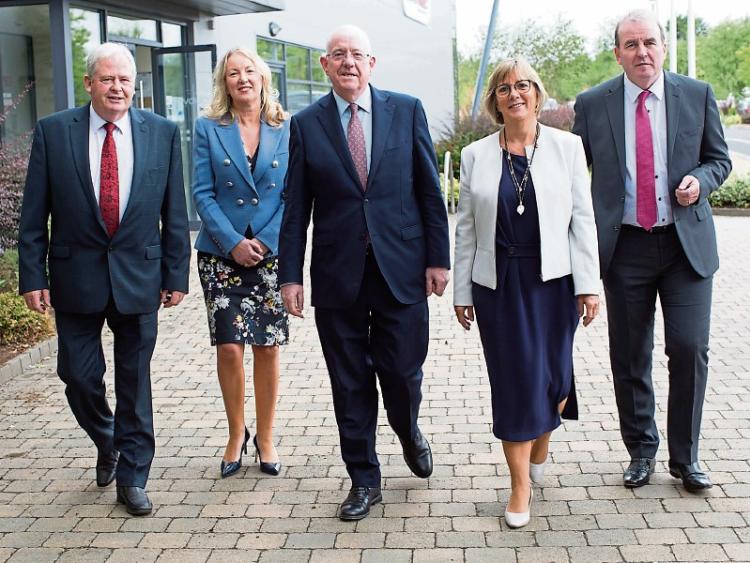 Progress to build the recently announced Glanbia Cheese Ltd factory near Portlaoise is flying ahead, with a land deal now agreed with Laois County Council.

A fortnight after the factory plan was announced in mid July, Laois County Councillors signed off on the sale of 5 hectares of council land in Togher, beside the M7 motorway, to Glanbia Cheese EU Ltd.

The €130 million factory by Glanbia Cheese and US company Leprino Foods, is promised to bring 78 jobs to Laois, and 250 temporary jobs during construction.

"An agreement has been entered into for an Option to Purchase a further 6 hectares at the same rate should the Purchaser require extra lands in order to expand and/or develop further enterprises," Director of Services Kieran Kehoe stated.

The council CEO John Mulholland remarked on the rapid progress at Togher.

“I have to say, between the purchase and development, it has been really quick and really positive, a really rapid turnover,” he said.

The role of the council in buying the Togher site and in investing in advance infrastructure was “a significant factor” in being chosen as the factory site he said, thanking councillors for their support.

The laying of infrastructure and services on the site is expected to start in September.

Proposing the sale of the land which is near his farm, Cllr Willie Aird recalled how Togher was first proposed as a business hub by a developer up to 12 years ago.

“Unfortunately for him it didn’t work out. The day it came back on the market I approached the CEO to purchase it. I am very grateful we did. Martin Keane the chairperson of Glanbia has been hugely supportive of this venture, it wasn’t an easy one to get. It is about 25 years since we had an announcement like this. There are small sites too for people to start businesses. I thank Enterprise Ireland too, it shows a confidence growth in our town,” he said.

Cathaoirleach Cllr John King said “any time you have €230 million spent in a county it’s a good news story”.

“The funding we are acquiring will go back into developing the site,” he said.

“Whatever task they set about, they succeed, I hope in the next two years we see massive progress and development,” he said.

The Togher land is part of 70 acres bought by the council from Supermacs Ireland Ltd in 2017 for €1.7 million,

in an ambitious aim to make it a national industry hub and bring jobs to Laois. Supermacs kept another 39 acres at Togher, with plans to develop part of it as a motorway service station.

Below: The full 109 acre site set for development at Togher beside the M7 near Portlaoise. 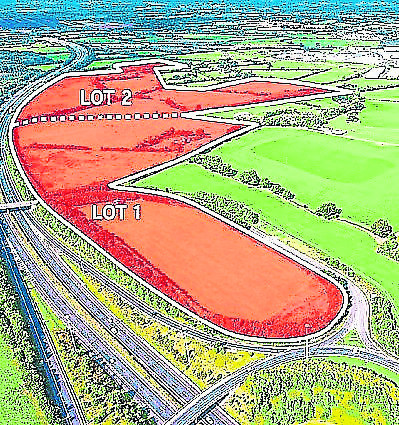