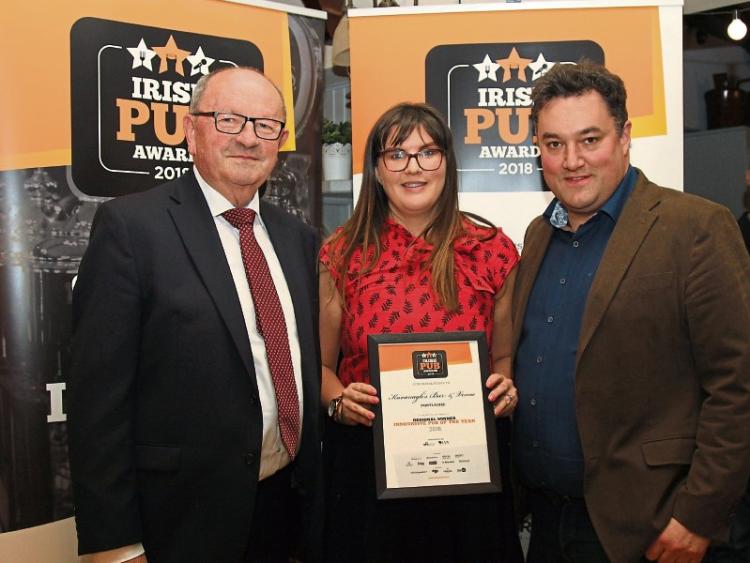 Kavanagh's Bar and Venue has been awarded Innovative Pub of the Year at the 2018 Irish Pub Awards regional finals which took place in Kildare recently.

Kavanagh's join nine winners from the eastern region who now go forward to the final of the National Pub Awards at the RDS Concert Hall on Wednesday, November 21 when the national category winners and the overall Irish Pub of the Year will be announced.

Percy Clendennen of Giltraps pub in Kinnitty was named Pub Personality of the Year.

Speaking at the awards ceremony, the President of Vintner’s Federation of Ireland (VFI), Padraic McCann expressed his delight in how well the awards are going.

“Entries for this year have grown and are well ahead of last year. Judging took place over the summer months. The winners will go forward to represent Ireland East in the National Final to be held in November.”

“The Awards were developed as part of our strategy to raise the profile of VFI member pubs around the country. They are an excellent vehicle to showcase what the pub has to offer.”