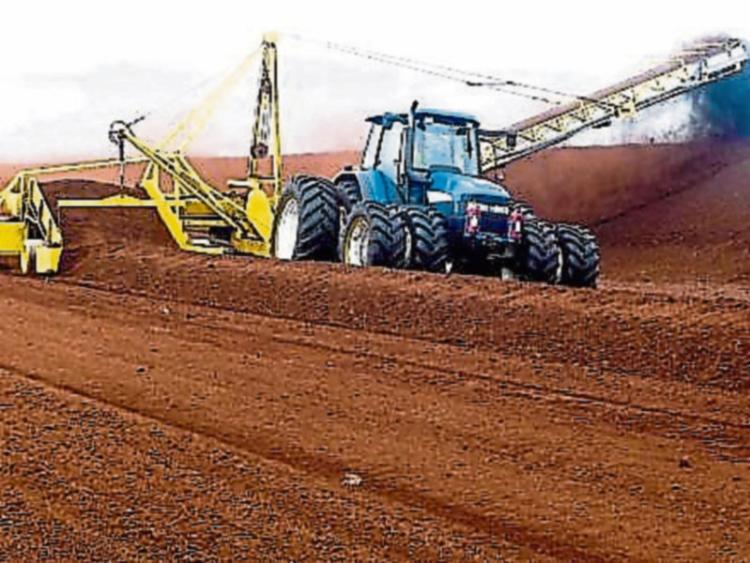 Peat harvesting coming to an end in the Irish Midlands.

Bord na Móna needs investment to stop the midlands from becoming Ireland's rust belt, according to Laois Sinn Fein TD Brian Stanley while a Labour Party representative in Laois went further suggesting the demise of the peat industry could open the way for cars to be built in the midlands.

While it was bad news for the region, the TD said alternative jobs must be found.

“These workers cannot simply be set aside as we move away from peat. The Government and the company need to quickly develop alternative jobs,” he said.

Deputy Stanley met with the new CEO of Bord na Móna Mr Tom Donnellan last week and outlined to him that it is now absolutely essential that the company establish alternatives.

“The Cúl na Mona plant in Portlaoise (is also at risk), 80% of its horticulture peat moss product currently goes to Britain, where retail companies are demanding peat free compost within the next 2 years,” he said.

Dep Stanley said a response is needed, including retraining and upskilling workers. Without action, he believes the Midlands is facing a grim future.

“Action is now needed from Government and the new management team at Bord na Mona to ensure the midlands does not become Ireland's rust belt,” he said.

He suggested the region could be a hub for new green energy companies. “Not enough has been done to create new jobs in the clean energy industry. The Midlands, with its highly educated workforce and excellent transport links, is ideally located for the development of these industries.

“Just this week we heard the news that Dyson was going to build its electric cars in Singapore. There is no reason why high-quality manufacturing jobs, like these, couldn’t be based in Ireland and in the midlands,” he said.