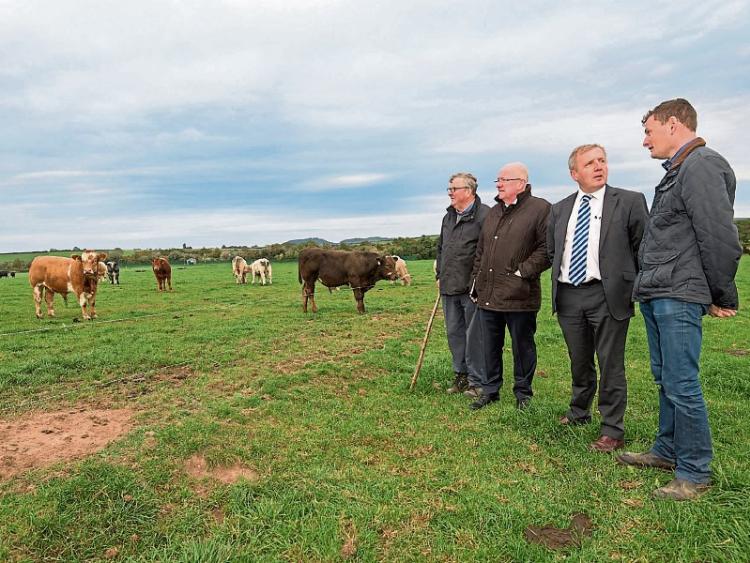 IFA President Joe Healy said cattle prices are rising with some farmers securing a base price of €3.80/kg for steers and €3.90/kg for heifers in recent days.

He said with the strength of the UK cattle price and significant positive moves on the sterling exchange rate, it’s clear the factories can pay a lot more.

Joe Healy said increased demand for the Christmas trade is about to kick in and factories are trying to pin down numbers. He said farmers must demand and insist on a strong price increase as the market can pay it.

The IFA President called on the factories to immediately increase prices by another 10c/kg and pass back the improvements in the UK market prices and positive changes to sterling.

Joe Healy said the loss-making prices from the factories over recent weeks have inflicted serious damage on Irish livestock farmers and the beef sector.

The IFA President said UK cattle prices have increased consistently for the last eight weeks and are currently at £377/kg (R3 grade steer). This is equivalent to €4.51/kg incl. vat. He said the price gap between Irish and UK prices has now widened to well over €200 per head, which shows that the factories are not returning a fair market price to farmers and could pay a lot more.

IFA National Livestock Chairman Angus Woods cattle prices are rising and farmers must maximise any increases. He said farmers selling should not accept the quoted price and insist on much more.

Angus Woods accused the factories of taking advantage of their farmer suppliers over the summer/autumn. He said the Government can no longer ignore the lack of competition in the trade. He added that the Minister needs to do a lot more to assist the live export trade and get exports moving again to Turkey and other markets.

IFA has put specific proposals to Minister Creed and the Department of to assist the live export trade, enable the trade to secure more contracts and drive competition and additional market outlets for livestock.