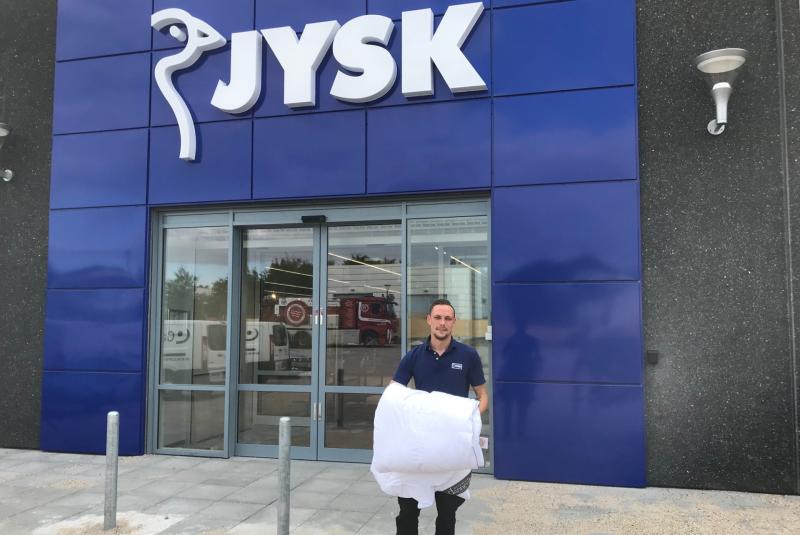 The deal is signed on a location for the new Laois branch of JYSK, with the number of staff also confirmed by the company.

The international Danish homewares retailer is expanding to the Ireland market in 2019, and Portlaoise is one of the first four towns to get stores.

JYSK, pronounced 'yusk' is confirmed to open in Laois Shopping Centre this summer, with contracts now confirmed as signed by the shopping centre owners Harcourt Developments.

It will open in a long vacant 1,000sqm unit on the external lower ground floor near Petworld.

The company said it is looking for about 13 staff for the Portlaoise store.

JYSK confirmed the news to the Leinster Express on Monday.

Salaries will be up to €35,000, with interviews to take place this January.

It is advertising online for staff for all four of the shops it will open in Ireland in 2019.
The other three stores to open in Ireland this year are Naas in early April and Drogheda and Navan in May. The company plans to open 15 branches across Ireland by 2020, creating 200 jobs.

JYSK staff viewed several units around Portlaoise last summer.
An initial announcement by Laois Shopping Centre last week on its Facebook page has since been confirmed both by JYSK and by Harcourt Developments.

"More positive news for Portlaoise. JYSK the latest rival for IKEA is set to create a new home at Laois Shopping Centre,” the shopping centre posted.

JYSK is an international retail chain, in the style of IKEA, that sells 'everything for the home', owned by the original founder, billionaire Lars Larsen.
The store was first opened in 1979, and today has more than 2,700 stores and 23,000 employees across 51 countries worldwide.
JYSK head of retail Roni Tuominen said the Irish market was a “very important” one, given the “prominent position the retail industry holds in the country”.
“As a company, we focus on entering a new market each year, and we are excited that 2019 is the year we bring our brand to Ireland,” he said.