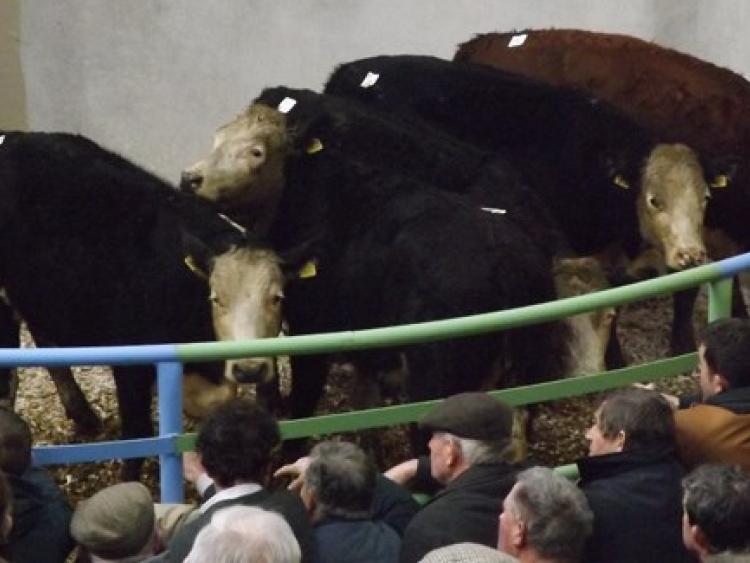 Sadness and disappointment has greeted the news that Mountrath mart is to cease trading.

The mart announced its decision on Wednesday.

It's understood that the committee took the decision some days ago, and informed staff on Wednesday morning.

A mart representative told the Leinster Express that the decision to close at this time was taken due to rising costs, particularly insurance costs which were cited as being "crippling."

However, it was noted that the closure might be temporary, in order to afford the mart an opportunity to take stock of its position, and future prospects.

It was stressed that the mart is totally solvent, and that not one penny is owed to any farmer. The mart is understood to have funds in place in reserve.

"Costs have gone through the roof," said a mart representative. "Numbers are also declining and the price of cattle has dropped so there is less commission."

"Hopefully, this decision might encourage people to take stock, particularly around insurance costs."

The Chairperson of Laois IFA, Francie Gorman said he was disappointed with the decision, while pointing out that marts were under increasing pressure.

"The biggest issue is insurance," he noted.

"Mountrath mart had a great reputation. As well as the business, it was a huge social outlet for people and this will be greatly missed.

"It's another kick in the teeth for the sucker beef industry.  For part time suckler beef farmers, a local mart suited them perfectly."

Mr Gorman complimented the committee and management of the mart to doing their business in a responsible and orderly manner.

Cllr James Kelly said that it was a sad day for Mountrath - the mart had brought a lot of business to the town. He said the mart had a staff of ten to twelve people.