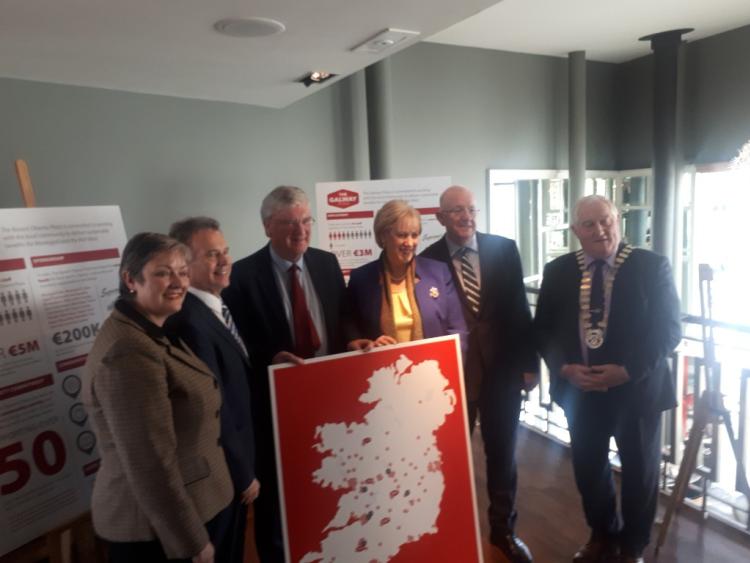 Supermac's announced 300 new jobs this morning, in six regional locations around the country.

Some of these will be involved in a renovation of sections of the Killeshin Hotel in Portlaoise, which is owned by Pat McDonagh.

The announcement of the jobs was made by Minister for Business, Enterprise and Innovation, Heather Humphries at the Killeshin Hotel in Portlaoise on Wednesday morning.

Two hundred jobs will be in new Supermac's outlets in Wexford, Waterford and Kinnegad.

The rest will be in redevelopment works at Pat McDonagh's SO hotel group , including the Killeshin Hotel, the Athlone Springs and the Castle Oaks in Limerick.

“Together, these three hotels will create a further 100 jobs and I am delighted to hear there will be a significant investment right here in the Killeshin in Portlaosie.

“I’m also delighted to see there are plans to build another Supermac’s in Portlaoise and it is brilliant to see an Irish company creating local jobs," she said.

Supermac's owner, Pat McDonagh also noted his other major Laois project, the proposed €10 million Obama Plaza style service station at Togher. He said that his plans would be the gateway project for the inland port at Togher, which would see the installation of roads and infrastructure.

Speaking to the Leinster Express, Mr McDonagh said that plans for the Killeshin hotel include the renovation of the bar and restaurant areas, as well as the bedrooms. This would take place over the next 12 months.

Noting that his planning application for the service station at Togher was awaiting a decision from An Bord Pleanala, he said he hoped that if permission was granted, that it would be up and running within a year.

Plans for Togher include a drive-thru and a six-pump forecourt, with an overhead canopy and huge floor area of 1,220 square metres.