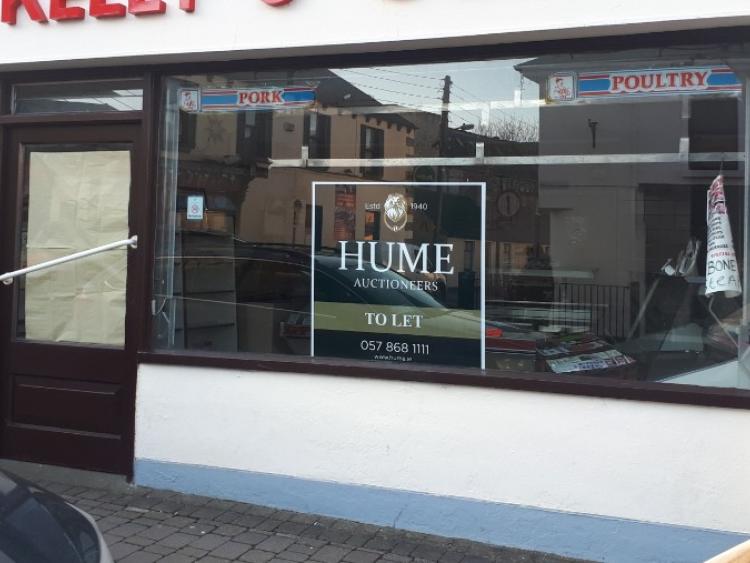 A Landmark business building in Portlaoise has been put on the market to let.

The last cut of meat at John Kelly & Sons butchers on Main Street was served last year on September 8 by John Kelly.

He followed his late father, also John, into the business that the family had has been in business on Main Street since 1970 having also run a business for a time on the Borris Road.

John had been in the butcher's trade for some 40 years. His late father passed away in November 2017.

Apart from being a shop, Kelly's was a place where customers shared the stories of their lives. Many have said they are sad to see the closure.

The closure marked the end of an era for butchers trade on Main St, Portlaoise - once a thriving shopping area with a number of business selling meat to households around the town.

Now, the well-known building has been put on the market for rent for a new business venture on Main Street.