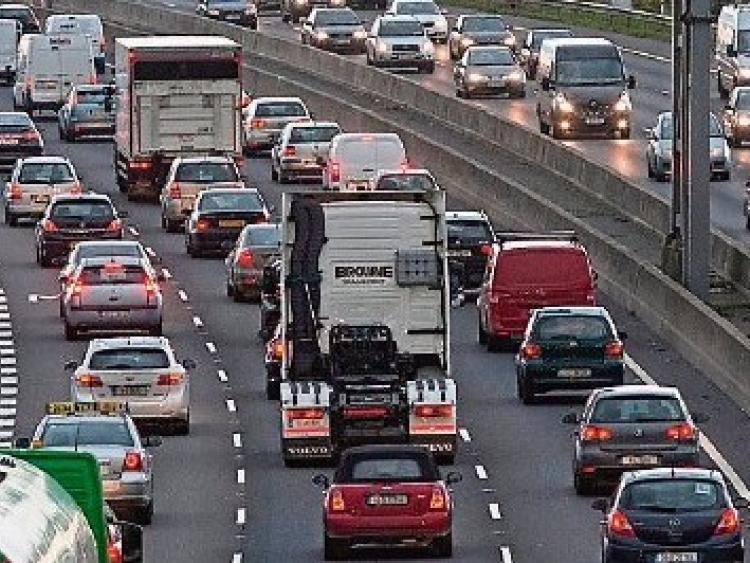 M7 commuting grind the only option for many Laois workers.

New figures appear to confirm that midland counties of Laois, Offaly, Longford and Westmeath make up Ireland's job blackspot with commuting the only option for many.

The Central Statistics Office published figures for 2017 show that the four counties are bottom of the league for jobs but top the table for unemployment. The CSO stats also show that there is a high commuting rate and many young people have fallen through the cracks when it comes to education and work.

There are 117,200 employed in the four counties across agriculture, services and industry. This is just 5% of the 2.1 million people working in the State. A total of 82,400 worked in the service sector.

The midlands region is below the border counties where 176,900 are at work.  There were 649,000 people working in Dublin.

The lowest regional rate of employment in 2017 was in the midland counties at 59.4% which is well below the national employment rate of 67%.

The employment rate has risen from 51.4% in 2012 when the recession was at its worst. However, the midlands also had the lowest rate of people at work in Ireland at the time.

The highest unemployment rate in 2017 was found in the midland region at 10.1% - the national average was 6.9%. The unemployment rate dropped in all regions between 2012 and 2017 with the largest drop of 12 percentage points recorded in Laois, Offaly, Longford and Westmeath.

Nearly a quarter of men were out of work in the midland counties in 2012 at the height of the crash.

Census 2016 figures showed that workers in the midlands and mid-east were most likely to have long travel times to work. It found that 15% of midland workers had a long commute.

One stat midland workers share with their Dublin counterparts is that many are early risers. Nearly a third of workers in the midlands and Dublin left home before 7.30am each day to get to work on time.

The midlands also had the highest rate for both young men and women who are not in employment, education or training in 2017. Nearly 18% of males and females aged 15-24 have fallen through the cracks - the national rate is nearly 11%.

The situation has improved since 2012 when nearly 28% of young people had no jobs or were not in education.