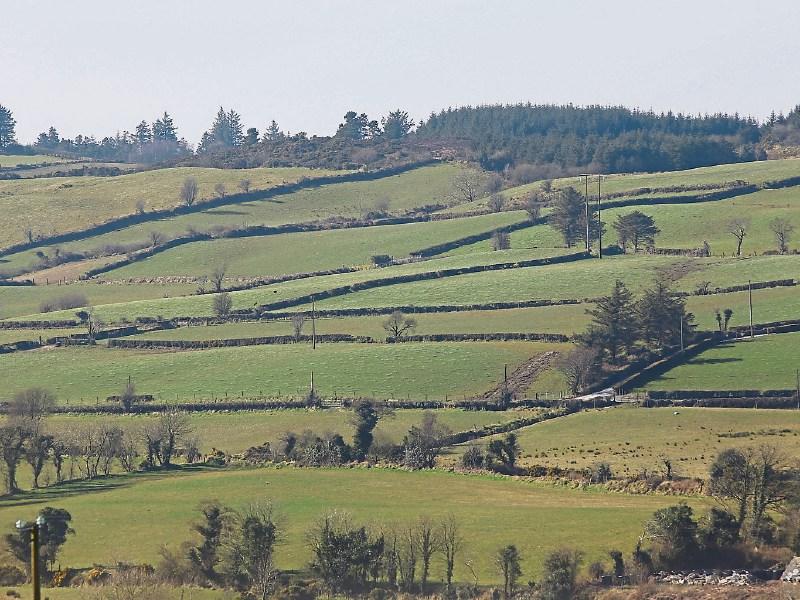 The average price of agricultural land dropped in Laois in 2018 to €10,702/ac from €11,926/acre in 2017, representing a substantial 10% drop, according to the Irish Farmers Journal annual land price report.

The Laois land market had one of the highest success rates in Ireland in 2018, with almost 75% of properties coming to the market, selling.

However, supply of land to the market was down 11% with extreme weather events, poor beef prices and Brexit hitting home.

As regards supply and the impact of weather:

- The difficult weather conditions were a significant factor in this decline with a harsh spring (fodder crisis/snow) holding back land coming to the market.

- The summer drought that followed had more of an impact on demand as land became a secondary priority, especially in dairy-dominated areas.

- A struggling beef sector was also noted by most auctioneers as the main reason for a reduction in demand in the West and parts of the Midlands.

The Report found that business people were adding to competition for land:

- For the first time, we give a breakdown of who is buying Ireland’s land.

- Business people are paying top dollar for land, with the average price paid over €12,000/ac

Price differentials by sector found that:

- Dairy farmers make up around 14% of the total number of farmers in Ireland, but they accounted for almost 23% of all purchases.

- There are 18,000 dairy farmers v 80,000 beef farmers in Ireland and despite this, beef farmers account for just 33% of land sales highlighting the financial disparity and spending power between both sectors.

- Tillage farmers are restricted by land quality and with the expansion of dairy farmers, many tillage farmers have no choice but to compete on price.

Forestry: The lucrative tax-free premiums for planted land are continuing to attract forestry buyers – both nationally and internationally.

Leitrim had the highest percentage of forestry sales in 2018 with almost 20% of all land transactions in the county bought for forestry.

Price disparities between counties found that,

- Dublin had highest land price of €22,000/ac - speculators have re-entered the market in a major way.

- Leitrim had lowest land price at €5,222/ac. Interestingly, forestry contributed to 20% of land transactions in Leitrim.

On Brexit and international buyers the report stated,

- A vast number of agents attributed the upcoming UK withdrawal date from the EU as an inhibitor in the market.

- However, late last year, an increase in international buyers (particularly from the UK) began to re-enter the market in what auctioneers noted as a bid to invest money in the euro.

- The influence of Chinese buyers reduced over the course of 2018 due to softening of Chinese interests in the western economies.

Reasons why land is not selling:

1. No neighbours: Having interested farmers in the locality is the first step.

2. Unrealistic Expectations: Just because higher prices are seen in close proximity doesn’t mean the holding will make a similar price.

3. Brexit: Has caused uncertainty with reduced enquiries and demand for land.

4. Finance: The fodder crisis and subsequent drought, increased costs on farms during 2018.

6. Sentiment: There is a definite correlation between sentiment and land sales.

7. Quality: “Good land will sell” is typical phrase you will hear – farmers selling poorer-quality ground are at the mercy of interested neighbours.

8. Location: Areas with traditionally strong farmers and top quality land will more likely have a greater chance of selling.

9. Age demographic of farmers: A noticeable trend emerging is the correlation between the lack of young farmers and reduced sales in that area.

10. Size: There is always higher competition for smaller holdings under 40ac.