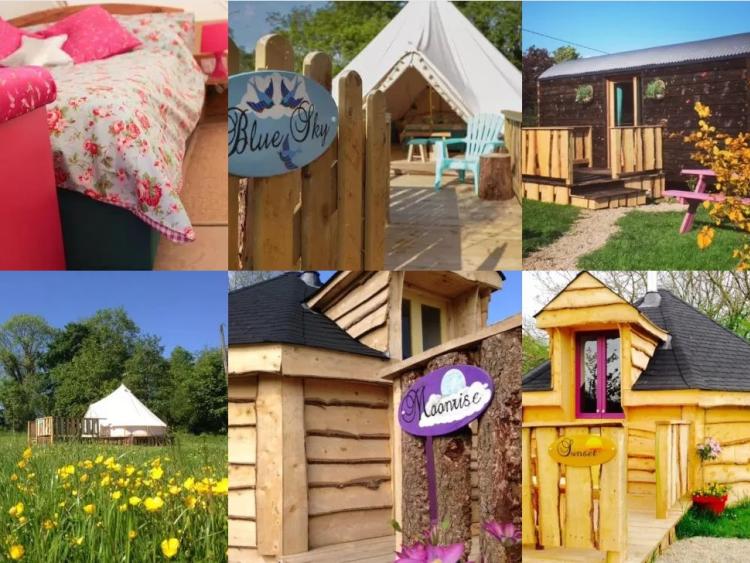 A glamping site in Laois which took off on the back of the Electric Picnic and property crash has received the green light to stay in business and expand.

Glamping under the Stars site at Cullenagh near the village of Ballyroan, which is run by Kyra and Barry Fingleton, has received conditional permission from Laois County Council to retain and add to their business.

The couple lodged permission in August 2018 and had to go through an almost eight-month process before conditional planning was finally granted in late March 2019.

The application included the retention of the existing self-catering glamping site which is made up of three canvas bell tents, two wood lodges and a shepherd's hut, a communal kitchen/dining area with BBQ deck, a campfire area, and a three unit bathroom block.

The couple also had to get retrospective planning permission for an existing stable outbuilding with a self-contained one bedroom living unit.

The couple had also relocated an enlarged garage/outbuilding, existing pizza hut/outbuilding. Permission was also sought for the relocated position of the family house and, septic tank/percolation area.

A final part of the application covers expansion.

In their application, the Fingletons said their target market was families and adult groups celebrating parties.

They say the site was originally set up as an experiment partly caused by the downturn in the building trade during the property crash which left Barry Fingleton needing to find work.

They said the business started 'organically' as a B&B for Electric Picnic visitors. By January 2018 they said they were fully booked for the year ahead and into 2019.

They said that the demand far exceeded expectations for the business which opens from Easter to the end of September. They are fully booked in July and August.

They claim the business has been good for Laois as it has attracted people from all over Ireland to the county mainly from Cork and Dublin. They say their business also promotes other events in Laois through social media.

The couple say they hope to target the international visitor market. They have also applied to Laois Partnership to help source grants to fund the expansion.