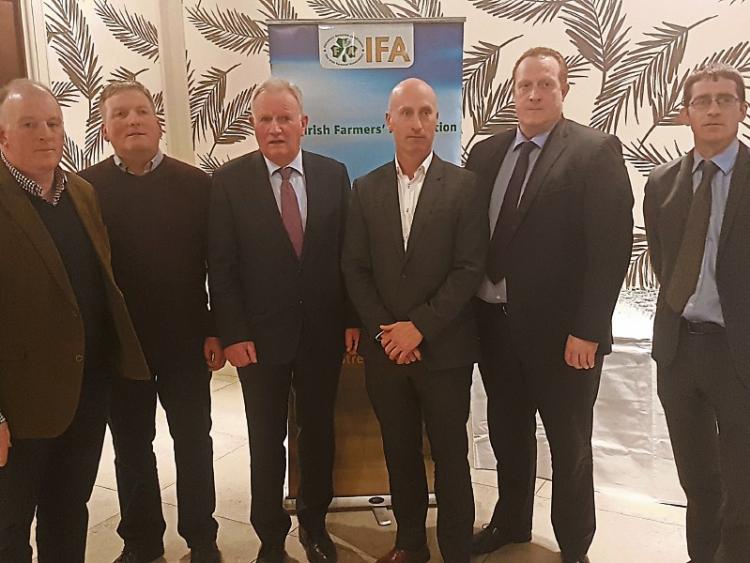 Angus Woods said farmers are furious with the way they have been ignored by the Government and hammered by the factories on prices.

IFA has calculated that since last Autumn beef farmers have incurred losses of €101m on Brexit related beef price cuts.

Angus Woods said the IFA has analysed the data and put a detailed set of proposals to both Minister Creed and Commissioner Hogan on the losses in the beef sector.

“Minister Creed needs to make the beef issue and the Brexit losses his priority at the EU Farm Council in Brussels and at the Cabinet table in Dublin.”

“We have met with the officials in the Department of Agriculture and the EU Commission and they accept that Irish beef farmers have incurred significant Brexit beef losses.”

Angus Woods said beef farmers have gone through a horrendous period of financial losses and some of these farmers are facing ruin. Without a fair Brexit aid package, they will go to the wall.

He said beef farmers have been hit by cattle price cuts of €100 per head on steers and heifers and €200 per head and more on young bulls.

Angus Woods said IFA has written to both Minister Creed and Commissioner Hogan outlining the details on the €101m losses.

“Farmers expect that they will honour the commitments they have made over the last number of months. They must now convert these commitments into real delivery and cover the Brexit losses farmers have already incurred to date.”

“This is the real test for the Government and the EU Commission on their promises to support farmers through this most difficult period.” The IFA analysis of the losses beef farmers have already incurred cover the period from September 1st 2018 up to March 23rd 2019.

IFA has calculated the losses based on comparing cattle prices in 2015 (pre-Brexit) to the very low prices farmers received in the autumn of 2018 and the winter/spring of 2019.

For steers, heifers and young bulls, prices are based on the official Bord Bia reported R3 price.

For cows the O3 grade price comparison was used. Department of Agriculture weekly cattle numbers at the meat plants and average carcase weights were used in the calculations. “These farm families have major financial bills with banks, merchants and others and they cannot be left hung out to dry.”