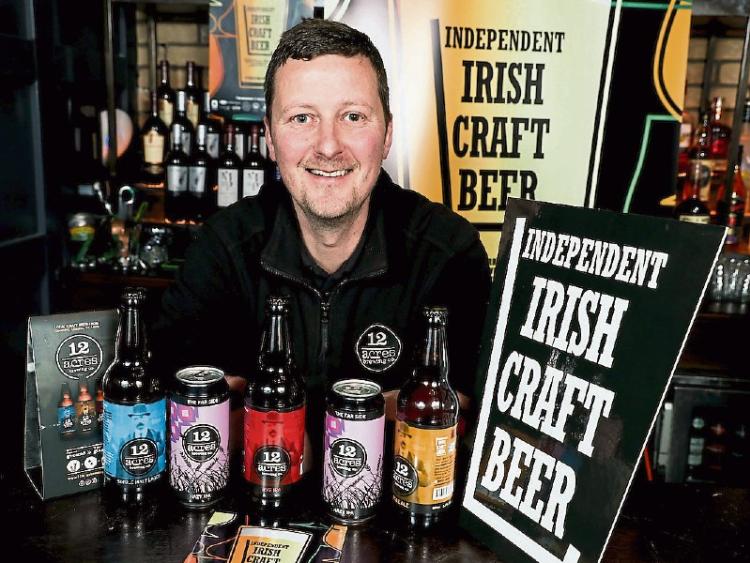 12 Acres Brewing and Ballykilcavan Brewery will be celebrating the best of independent Laois beer along with producers from across the island.

The centrepiece of this year’s celebration will be the launch of the symbol to distinguish genuinely independent craft beers from mass-produced global beer brands available in the hugely competitive marketplace today.

The Independent Craft Brewers, which is made up of over 30 microbreweries, will host a weeklong series of nationwide celebrations including events in Laois.

12 Acres Brewing in Killeshin and Ballykilcavan Brewery near Stradbally will involve their local pubs, restaurants or off-licences for tastings, live music and local food to highlight their beers.

Some breweries will open to the public.

Paddy McDonald (pictured inset) from 12 Acres Brewery said the week encourages visitors to discover their local breweries and to taste beers very unique to their area.

He said it is important for the association to raise awareness a bout microbreweries in Ireland that employ young professionals who produce quality and independent beers.

“We are proud of our members’ successes so far and their very loyal following across Ireland which continues to grow every year thanks to the Indie Beer Week,” he said/

The Indie Beer Week will take place from Wednesday, May 22 to Sunday, May 26.