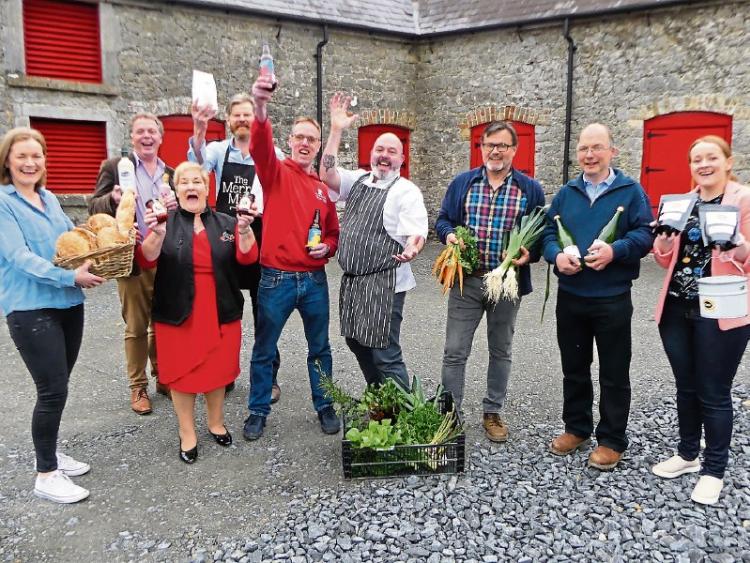 he Long Table suppliers all set for the Midsummer celebration of Laois food and drink on Friday, June 21

There will be a celebration of Laois food and drink at Ballykilcavan Brewery on Midsummer’s Day, as details of a very special long table banquet have just been announced.

The event is a collaboration between the newly opened craft brewery and chef Martin Hayes of Bloom Restaurant in Portlaoise.

It will take place on Friday, June 21 in the 230-year old stone courtyard at Ballykilcavan, just outside Stradbally.

Chef Martin has designed a menu to showcase the very best locally produced food and drink and said, “Laois has a wealth of great food producers, and we really want to show off their produce to a wide audience in the beautiful surroundings of Ballykilcavan.”

“We’re delighted to be hosting the event here at Ballykilcavan. We’re restoring the 18th century farmyard, and it’s a great setting for an event like this.

Tickets for the four course banquet are on sale now from the Dunamaise Arts Centre box office in Portlaoise.