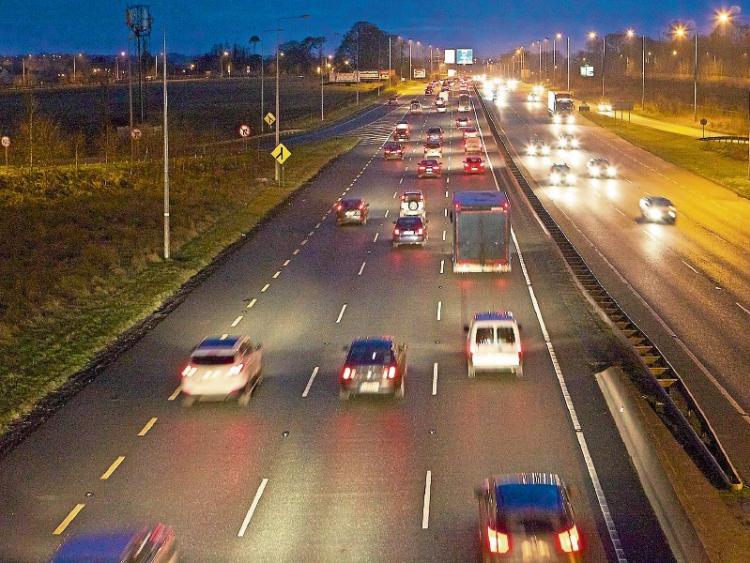 Motorway M7 brings thousands of people to work from Laois and Kilare each day.

Dublin's growth looks set to drive up the population of Laois and other midland counties, according to official new population growth analysis.

However, another recession could see population declining in the Midlands according to the latest Central Statistics Office (CS) Regional Population Projections 2017 - 2036.

The Dublin and Mid-East regions are projected to show the strongest population growth to 2036. The Mid-East region which accounted for 14.6% of the total population share in 2016, is projected to increase under all six scenarios to between 15.1% and 16.6% by 2036. Dublin's expansion is a big factor in the growth of counties such as Kildare, Meath, Wicklow and other Mid-East counties.

Dublin's growth will also have a knock-on impact for the Midland continues under what the CSO expects terms an outflow scenario from the capital. Under this situation, the population of Laois, Offaly, Longford and Westmeath will increase to almost 394,000 from 293,400 in Census 2016.

Immigration would likely make up 24,300 of the increase while the natural increase is estimated at 40,600. The outflow scenario would see the Midlands being just one of two regions where births would be greater in 2036 than at present.

It is estimated that 35,700 will move to Laois and other counties most of which would be people moving out of Dublin.

Dublin is expected to lose 192,600 people moving to other counties while 225,000 people from abroad are expected to set up home in Dublin.

The Central Statistics Office observed a similar pattern during the boom when large numbers of people moved out of Dublin. However, figures observed in the 2016 census reversed this trend an led to a so-called Dublin inflow scenario.

All other regions are projected to lose population, with the Midland (-17,000) and Border (-16,700) regions experiencing the largest outflows to 2036.

The South-West, Mid-West, West and Border regions are projected to account for a lower percentage share of the total population under all scenarios by 2036.