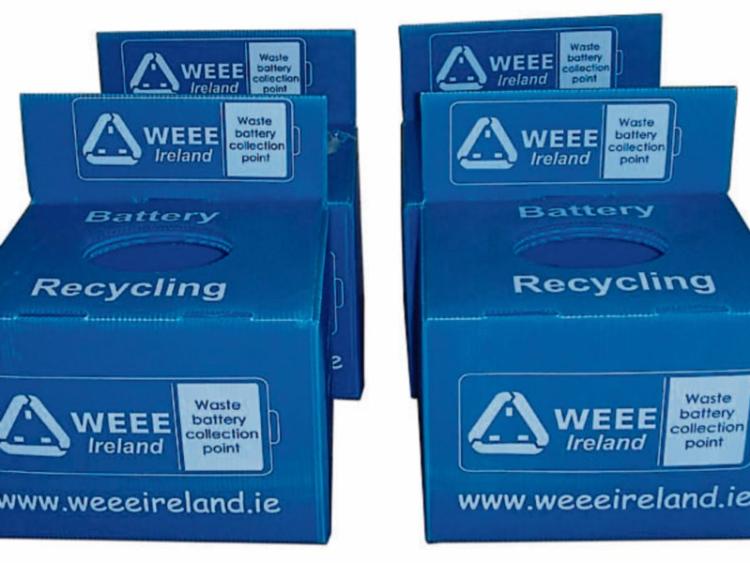 The scheme’s annual report, published in conjunction with its AGM, also revealed the people of Wicklow proved themselves to be avid recyclers once again, contributing to Ireland’s highest-ever average of 10.2kg of e-waste collected per capita.

As the country prepares for the roll out of the 2019 Climate Action Plan, WEEE Ireland said they were proud that their 2018 recycling efforts contributed to a saving of equivalent of 220,000 tonnes of CO2 emissions as compared with the same items being diverted to landfill – the equivalent of 865 million kilometres driven by passenger vehicles, or the annual carbon consumption of 4,398 hectares of trees.

Among the items recycled were an estimated 3.2 million lamps and lightbulbs, 195,000 televisions and monitors, and 13 million small appliances. 48% of the e-waste recycled was large household appliances such as dishwashers, ovens and washing machines, which can be returned to retailers for free recycling upon delivery of new appliances.

The report also outlines WEEE Ireland’s plans for the future, managing a new generation of emerging technologies such as PV panels, EV and hybrid batteries in the transition towards to a more circular and low carbon economy.

Commenting on the best year yet for WEEE Ireland, Leo Donovan, CEO of WEEE Ireland said, “We are extremely proud of these results and want to thank every person who recycled even one item of e-waste. While the 2018 report sets new e-waste recycling records, we cannot become complacent.

“We will only achieve long-term change and benefits for the environment if we continue to manage our e-waste responsibly. Maintaining the 65% collection rate in 2019 and beyond means WEEE Ireland must collect 12% more e-waste in the next year.

“Everyone can play their part in achieving this national target by recycling their WEEE, waste batteries and lighting equipment for free at their nearest Local Authority Recycling centre and participating electrical retailers.”