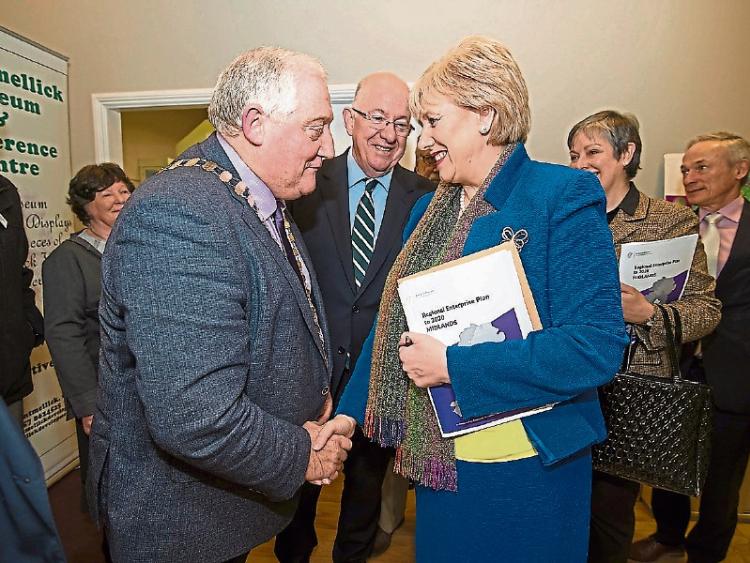 The Minister for Business, Enterprise and Innovation, Heather Humphreys has announced that she would be making a further €45 million available under the Regional Enterprise Development Fund (REDF).

The fund is an initiative of the Government under Project Ireland 2040 and aligns with the Department’s Future Jobs Ireland plan. The call is open for applications from today and closes on 25th September 2019. The successful projects will be announced before the end of the year.

Under a competitive process, applications are now sought for funding under three streams with varying investment levels:

• Enterprise Clustering Projects – the scheme is designed to stimulate enterprise clustering and support the further growth of established industry clusters regionally; by sector and nationally with funding up to €350k per project

To support the development of these projects, the Minister also launched a Feasibility Fund of up to €15k per eligible project. This is intended to support projects to develop and submit high calibre applications for Strategic Change and Regional Strengthening Projects.

“This Fund is about creating sustainable jobs in the regions. It’s different to other initiatives because it supports projects with regional impact, rather than having a county level focus.

“Collaboration is central to the Fund. It encourages regional stakeholders, both public and private sector, to work together and bring forward initiatives that build on each region’s strengths, whether that’s food, pharma, the bioeconomy or anything else.

“Crucially, the Fund will help build Brexit resilience and supports the vision of the nine new Regional Enterprise Plans, which I launched earlier this year. The Plans take a 'ground up' approach to maximise business development and job creation in every part of the country.”

“We again anticipate strong interest in this third call and look forward to working with regional stakeholders on innovative proposals to build scale at a regional level. The call is open for applications from today and closes at 15.00 on 25th September 2019.”

The Minister also launched Enterprise Ireland’s new regional plan ‘Powering the Regions’ as part of its overall corporate strategy to build scale and expand the reach of Irish exporting businesses.

The publication supports the nine Regional Enterprise Plans recently launched by the Minister.

It sets out the development of an overarching National Plan which is underpinned by nine Enterprise Ireland Region specific plans to grow and sustain jobs, and to expand the reach of the Enterprise Ireland client base in every county and region in Ireland.

The plan proposes six new national initiatives which aims to futureproof the regions through enhanced productivity and resilience, drive new entrepreneurship, develop urban centres of growth, support the expansion of scaling companies into the regions and attract foreign direct investment in the food sector.

Working in partnership with regional stakeholders it will see Enterprise Ireland maximise its investment through the Regional Enterprise Development Fund to strengthen regional infrastructure and drive the growth of businesses across Ireland.

and deliver stronger regional enterprises, that provide sustainable employment opportunities and local prosperity as well as making an even greater contribution to Ireland’s economic growth and international impact.”

Details of the competitive process for the third call for applications for the Regional Enterprise Development Fund are available on www.enterprise-ireland.com/REDF.