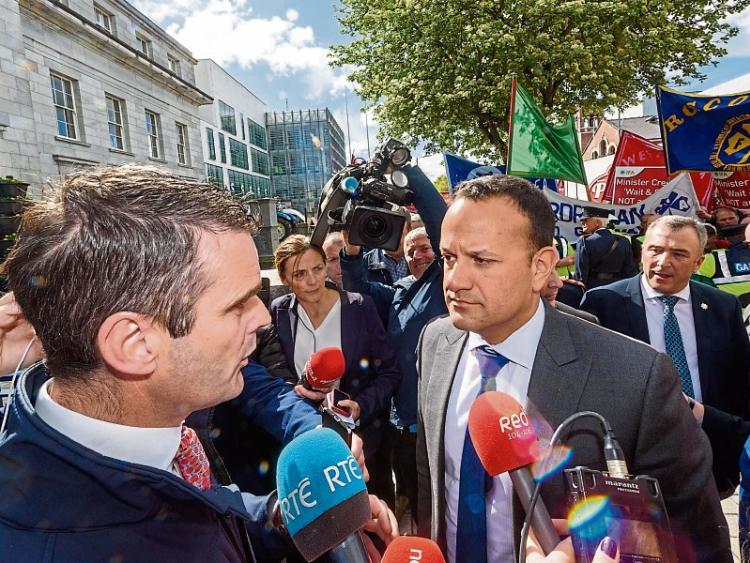 “The time for sending letters has passed. It’s now time for the Taoiseach to tell the other Member States that Ireland is not prepared to ratify a bad Mercosur deal. What is going on in allowing Brazilian beef into Europe, which has four times the carbon footprint of Irish beef, is hypocritical,” he said.

The IFA President said he and Livestock Chairman Angus Woods would be travelling to Brussels to meet key officials and politicians to stop them throwing the EU beef sector over a cliff.

“As it stands, the proposals are very bad and will seriously damage our beef sector. The Taoiseach needs to plant our flag in the ground and say Ireland will not go along with the charade of a raft of climate actions in Europe, while encouraging the destruction of rainforests in Brazil,” he said.

With the publication of the Climate Action Plan this week, it is completely contradictory to sign up to a deal that would bring in more beef from Brazil.

“The Taoiseach says that the Mercosur countries must comply with EU environmental standards. They don’t, and both the Taoiseach and the EU Commission know this, because they have the evidence.” he said.

The IFA President said, “In view of the major Brexit implications overhanging the Irish and EU beef sector and the environmental degradation associated with Brazilian beef exports, it would be reckless to support a Mercosur deal”.

There is extreme concern in Brussels that EU Trade Commissioner Cecilia Malmstrom is pushing hard to try and finalise an EU/Mercosur deal in the next two weeks, before the end of the current Commission mandate, exploiting the political vacuum following the EP elections and before the next Commission is appointed.

“How can the Commission ignore the fact that in Brexit the UK could impose tariffs as high as €850m pa on Irish beef and possibly the closure of market access for over 290,000t of our beef exports.

“The EU Commission Joint Research Centre conducted an assessment on the cumulative impact of trade deals which showed that increased imports from Mercosur could cost the EU beef sector €5bn to €7bn pa.,” he said.

EU Commission reports consistently prove that South American beef imports, especially imports from Brazil, fail to meet EU standards on traceability, food safety, animal health, environmental and labour law. The EU FVO report of May 2017 highlighted that the Brazilian competent authority is not in a position to guarantee that the relevant export requirements are met.”