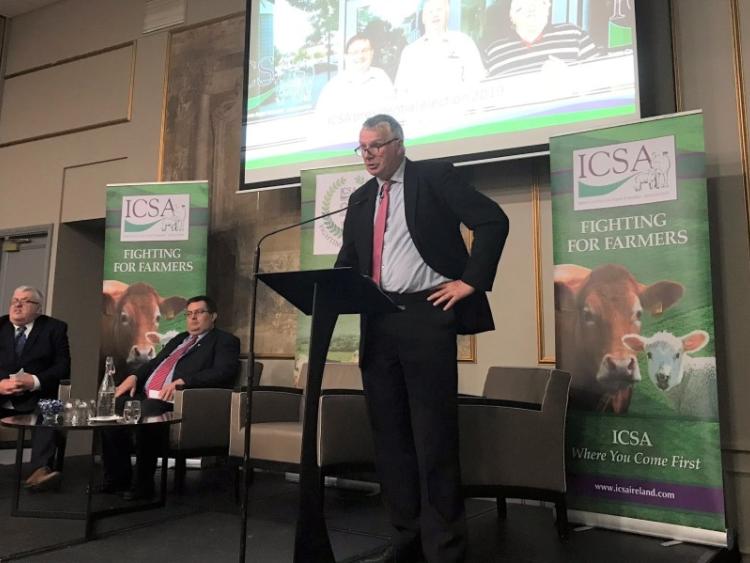 The ICSA elected a new President at a meeting of the association's National Executive in Portlaoise on Thursday.

Waterford man, Edmond Phelan emerged as the winner, from a field of three candidates.

Following the vote, Mr Phelan said he intends to act on the major challenges facing the sector without delay.

Hailing from Fenor, county Waterford where he runs a beef enterprise, Mr Phelan is a former beef chair of ICSA. He will take up his position as ICSA president immediately.

Continuing Mr Phelan said, “ICSA is vehemently opposed to any Mercosur deal that includes a tariff rate quota for beef. Not only would it be economically devastating for Irish beef farmers, but it is also farcical that the EU should expect Irish farmers to adopt a broad array of climate change measures while they ignore the massive climate change and environmental downsides of importing vast quantities of beef from South America."

"The Oireachtas Committee for Agriculture has this week backed that position. ICSA will now be pushing for this backing to translate into the deal being voted down when it comes before the Dáil.”

“Of equal importance is getting the €100m EU beef fund to the most deserving farmers in short order. Farmers in the cattle sector have endured a really difficult period and it is urgent that the money is paid to those farmers without them having to jump through any more hoops. For this reason, ICSA will continue to oppose any conditionality attached to accessing this fund.”

“We also need to turn the debate on climate change towards policies which recognise the positive contribution of farmers in terms of more renewables and recognising increased efficiencies in minimising emissions and proper accounting of sequestration. While the Climate Action Plan will be very challenging for the agriculture sector, farmers will always respond to the right incentives.”

Mr Phelan described it as an honour to have been elected to lead the association and said he was privileged to work with outstanding colleagues in the association. “Their dedication to defending the rights of farmers around the country is second to none and I am proud to be part of a great team. It’s time to get on with the job now,” he said.