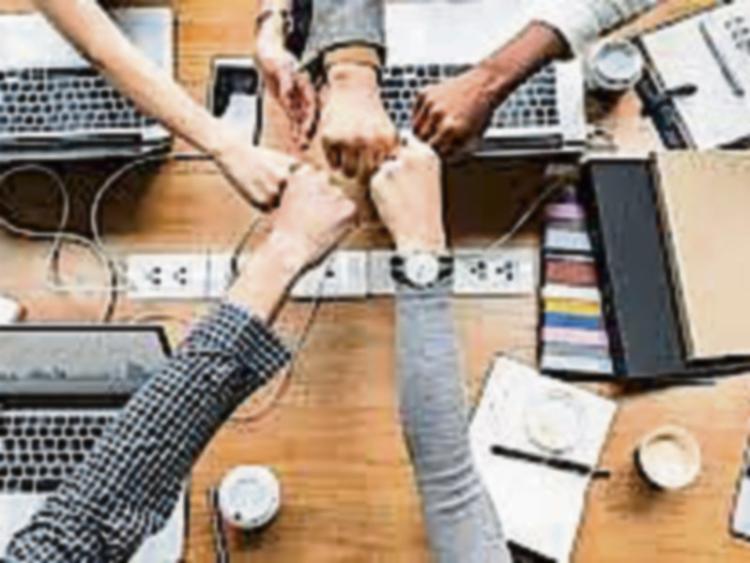 Most employers would accept that a happy workforce equates to a productive workforce, but new research carried out by Jobs.ie suggests many employers are overlooking the value of workplace friendships to their business.

Based on a sample size of 2,770 employees, the survey identified the following benefits of workplace friendships.

Just over a third said it influences how they speak about their employer externally.

A little less than a third of workers said it improves their general opinion of their employer.

A little over one in ten staff said it has an influence on how long they stay with the company.

In terms of socialising with colleagues, just over half of employees only socialise with colleagues on special occasions, such as Christmas parties, leaving drinks or retirement drinks.

A little more than half of employees claim their employers don’t actively encourage socialising with colleagues.

Only 22% of those surveyed have a workplace social or wellness committee; 21% say their employer organises nights out and 5% organise team away days.

Those surveyed outlined a number of practical steps they would like to see introduced by their employer to strengthen relationships between colleagues.

Nearly seven out of ten staff said they would like to see regular work nights out organised; 28% talked about the creation of a social and wellness committee; and 17% referenced the introduction of a buddy system.

Christopher Paye is the General Manager of Jobs.

“Most of us have experienced working in both happy and less-than-happy workplace environments. By extension, we recognise the value of friendship and camaraderie in a high-functioning and happy workplace.

“Despite the multitude of very self-apparent benefits, our research suggests that many employers are failing to invest in proactively facilitating workplace socialising or to meet the expectations of their employees looking to develop closer bonds with colleagues,” he said.

“The good news for employers is that this doesn’t have to be expensive. Sometimes it can be as simple as putting some money behind the bar on a Friday evening or marking a business win or the completion of a project by going for an afterwork drink.

“It doesn’t have to centre around alcohol or nights out, either. More and more businesses have internal social and wellness committees that regularly organise lunchtime walking clubs or summer tag rugby teams.

“As the majority of employees would like to see regular organised work nights out or social events, employers can demonstrate the importance of employee wellbeing within the workplace by facilitating these opportunities,” concluded a statement.

Jobs.ie analysed the data collected from 2,770 respondents to a survey posted on the Jobs.ie website in June 2019.