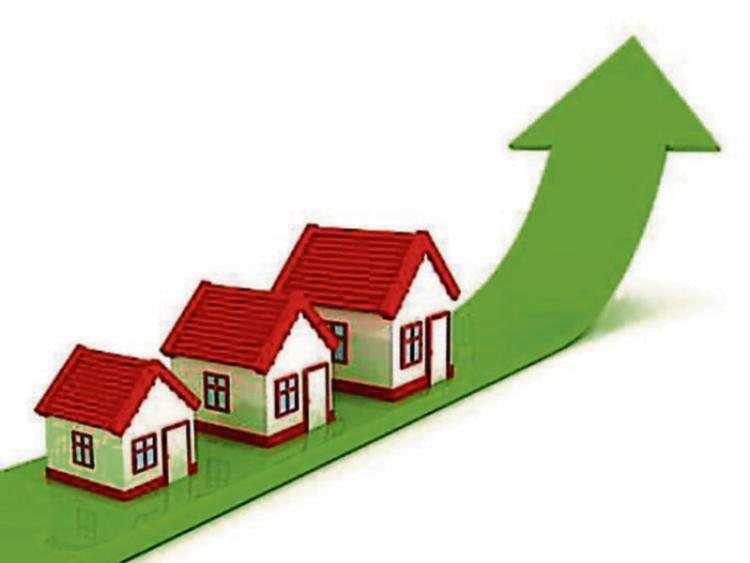 In the midlands counties of Laois, Westmeath, Offaly and Longford, rents rose by an average of 9.2% in the year to June 2019 and are now one third above their previous peak in early 2008, according to the latest quarterly Daft Rental Report

Rents rose by an average of 6.7% nationwide, in the year to June 2019, according to the latest quarterly Rental Report by Daft.ie.

This marks the lowest rate of rental inflation across the country since the final quarter of 2013.

At €1,391, the average monthly rent nationwide during the second quarter of 2019 nonetheless marks the thirteenth consecutive quarter of record rents.

The slowdown in rental inflation is driven by Dublin, where annual inflation has fallen from a high of 13.4% in mid-2018 to 4.5% now.

There has been a cooling off in inflation in the other major cities, also, although the level of inflation is still higher than in Dublin.

In Limerick, rents have increased by 10.5% in a year, similar to the increase seen in Waterford city (10%). Outside the major cities, rental inflation varies from 6.2% in Leinster to close to 12% in both Munster and Connacht-Ulster.

Commenting on the report, Ronan Lyons, economist at Trinity College Dublin and author of the Daft Report, said,

“The slowdown in rental inflation will be welcome news to tenants and policymakers, among others. It is more likely driven by limits to affordability than improved supply, however.

“Availability on the rental market remains at levels that were unprecedented prior to 2015.

“For example, in the Dublin market, there were just 1,541 properties available to rent on August 1st. While that’s up from 1,121 two years ago, it’s well below the average of 4,700 for the preceding decade.

“Building new rental supply remains critical to fixing the rental market,” Lyons continued. “New figures in this report suggest that up to 25,000 new rental homes will be built over the coming few years. These will certainly help address the supply-demand imbalance. Stopping further inflation should be just the first target for policymakers, however. Bringing rents down to affordable levels must remain the ultimate goal.”

“Students, young professionals and families alike continue to have great difficulty in securing rental accommodation nationwide. For the 13th quarter in a row we have seen unprecedented high rents across the country.

“With rents at a record high and availability at a record low it is clear that supply is needed more than ever in the Irish property market.”

The IPOA said that the Daft Rental Report shows that rental inflation has fallen to a six-year low.

The report deals with properties being offered for rent on the market but does not reflect existing tenancies. It also highlights that the amount of available rental accommodation is disturbingly low at 2,700 units available for rent on 1st May, the lowest ever recorded.

In 2012, there were 212,000 landlords in the sector compared to 173,197 in 2018. Rather than increase the amount of accommodation available the State’s intervention has reduced the amount available.

“The private rental market is shrinking rather than expanding, Rent Pressure Zones are a blunt instrument and do not take into account the level of rent being charged or the indebtedness of a landlord, making it uneconomical for some landlords to continue renting property. The State needs to protect the existing supply of accommodation as well as incentivize further investment in the sector.”