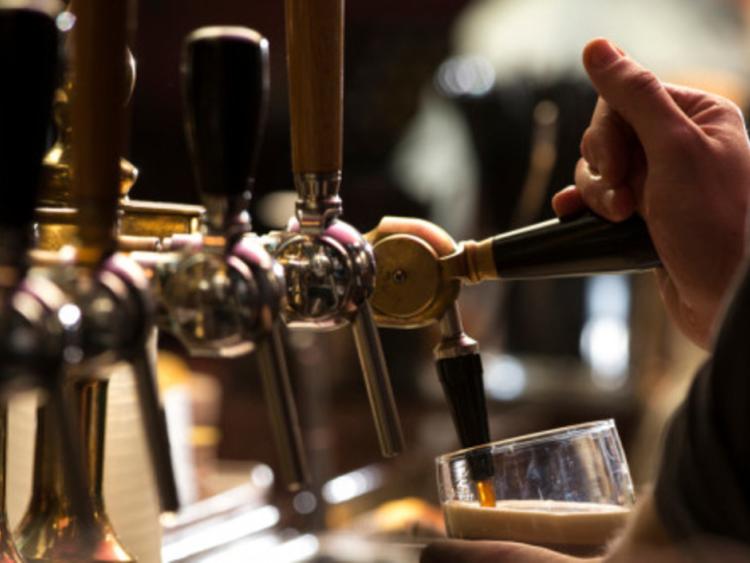 Laois pubs decline by over 20% over past 14 years

That's according to figures from the Drinks Industry Group of Ireland (DIGI).

DIGI says that the drinks and hospitality sector enables 2,536 jobs and €34 million in tourism spend in the general area.

A total of 71 rural pubs closed in 2018, according to the industry analysis by DIGI.

"The figure is a stark reminder of the pub’s continued decline in rural Ireland," says DIGI. "In the period between 2005 and 2018, 1,535 or nearly 20% of rural pubs closed; many were forced to shut up shop during the recession."

"The majority of these low-earning businesses are located in rural Ireland and are particularly vulnerable to taxation policy, any sudden tax increases, any decline in inward tourism and economic uncertainty," says DIGI.

"Ireland’s rate of excise on wine is 25% higher than any other country in the EU, while our excise rate on spirits is 26% higher than the UK. For example, €11.92 of a 70cl bottle of Irish produced whiskey, bought in an Irish off-licence, goes to the Government on excise tax; that is before we consider the VAT that is applied. That figure is 75% less if you buy the same bottle of whiskey in Italy, at €2.90."

"For pubs in rural or isolated areas, the extremely high cost of alcohol excise tax puts them in a precarious position, limiting their ability to trade more successfully, continue to attract tourism and to invest in their business.

"Our pubs are a significant part of regional Ireland and play a crucial role as community meeting points in rural and isolated parts of the country. According to recent research conducted among 400 publicans by DIGI, more than three-quarters (77%) say their business plays an important part in providing a place for local people to come together for family occasions, like birthdays, christenings and funerals.

"68% of publicans say that their business sponsors a local team, charity or community group, while 63% say that their pub provides a space for elderly people living in isolation to socialise with others.

"In terms of employment, the drinks industry alone directly and indirectly employs 90,000, while the wider hospitality sector employs 175,000 people, nearly 8% of all Irish workers.

“Ireland’s rural pubs have been on a steady decline for years, despite their immense importance and contribution to local communities across the country. Our high alcohol excise tax has played a role in this. DIGI is calling on the Government to take action to protect a vulnerable part of the Irish economy from further collapse by reducing alcohol excise tax by 15% over the next two years.

“Easing the financial burden of excise tax over a two-year period is a clear signal of support and encouragement to these businesses in a time of economic uncertainty.  With the now very real prospect of a no-deal Brexit, Government action and support have never been more important.”

“The number of rural pubs are down 20% in the period from 2005 to 2018 which is hugely worrying. This equates to 1,535 rural pubs which are businesses that provide jobs, a hub in the local community for socialising and community integration and a cultural powerhouse which is among the main attractions for tourists visiting Ireland.

“In Limerick alone, hospitality and drinks businesses enable 6,997 jobs while in Meath, there are 205 pubs and 4,268 jobs supported by the industry. This demonstrates the scale of employment that this sector creates rurally.

“Considering this sharp decline in the number of pubs, we need to monitor this industry and ensure the necessary supports are in place to reverse this trend. While the Government committed to assist small rural businesses recover during the recession, business owners in the drinks industry were challenged by two increases in alcohol excise tax in Budget 2012 and Budget 2013.

"Our high alcohol excise tax slows the growth of these businesses and impacts their day-to-day operations and bottom line. We are calling on the Government to reduce excise tax to encourage the growth of our drinks and hospitality sector, return money to Irish consumers and make Ireland more competitive internationally, particularly ahead of a no-deal deal Brexit.”