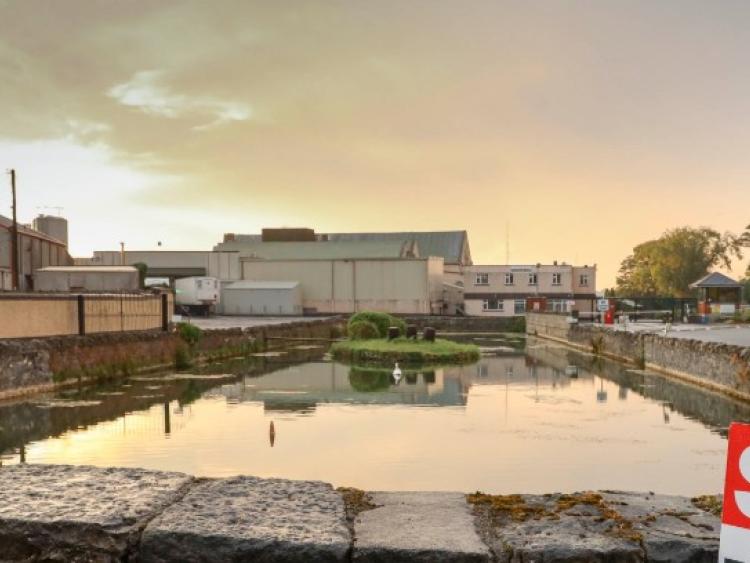 A delegation of Chinese officials are visiting the Meadow Meats factory in Rathdowney this morning as farmers continue their protest over beef prices. The inspectors are at the plant as part of a countrywide tour to assess meat plants as exporters to China.

The Chinese inspectors were met with placards in Rathdowney which set out the farmers case in Chinese script.

The countrywide protests at meat factories is now in its fourth day, in the face of High Court injunctions ordering the action to cease. Dawn Meats, which owns the Rathdowney plant, is one of the meat processors which has been granted injunctions.
Farmers remain defiant, however, saying they will continue the protest until cattle prices are improved.

ICSA president Edmond Phelan welcomed the pragmatic approach of protesting farmers to facilitate the Chinese inspection at the Rathdowney plant.

“This sensible compromise between the farmers and the Rathdowney management stands in massive contrast to the belligerent approach on-going in the High Court with ABP. I have repeatedly said that heavy-handed legal tactics are no solution to the Chinese impasse. We all want to see more sales to China but farmers have to get their fair share,” he said.

Mr Phelan visited the protestors at Rathdowney factory on Tuesday and said that he had consistently supported anything which would increase markets for Irish beef and lamb provided that farmers get their fair share of profits from such deals.

However, Mr Phelan said that farmers had seen nothing out of international trade deals. “Farmers are sick and tired of doing all the work while those further down the food chain grab all the profit. Farmers need a substantial price rise immediately if they are to avoid going bust.”