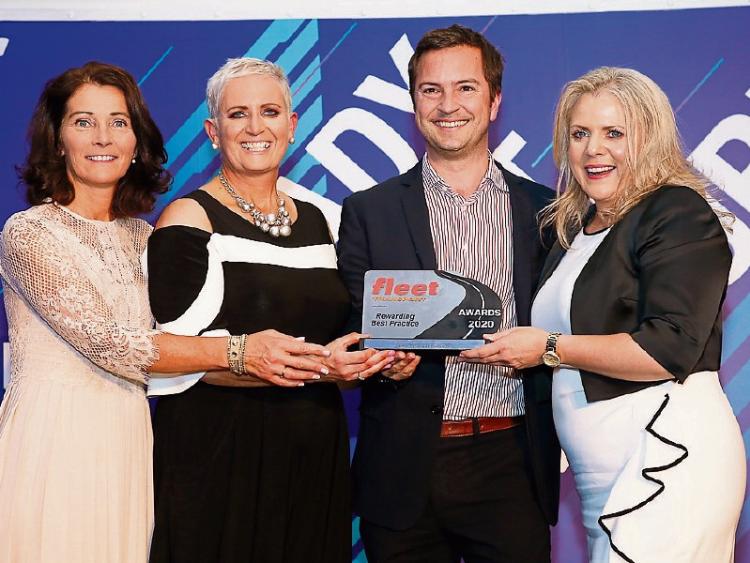 Finalists in seven categories, Irish owned and family run Polar Ice were winners of the Transport Manager of the Year and Own Account Transport Operator of the Year awards.

Headquartered in Portarlington, the market leading company collected the prestigious awards at the Fleet Transport Awards 2020 at a gala evening in the Citywest Hotel, Dublin.

Transport Manager Denise Ryan became the first female to win the Transport Manager of the Year award in the thirteen-year history of the awards. It was all about family for Denise too as she was accompanied to the awards by her father Des, formerly of Des Ryan International, a well-respected haulage firm.

Denise is highly respected in Polar Ice and in industry circles and the award is recognition for her dedication and driver first approach - her mantra is to never request a driver to do something that she wouldn’t do herself.

“Talk about shattering glass ceilings, isn't it crazy to think that we are doing things for the first time now but in the first thirteen years of the Fleet Transport Awards Denise is the first female transport manager to have won the award.

“ I first met Denise seven years ago and at interview I was blown away by her experience.

“Here was a person who was a fully qualified HGV driver and a transport manager with experience of driving across the continent in her own family business, so she fully understood what it meant to be part of a family business team.”

Denise has worked with Polar Ice since 2012 and in that time her knowledge and professionalism have guided decision making, fleet investment and the incorporation of a best practice in transport culture.

The company also claimed the Own Account Transport Operator of the Year Award against strong competition from major logistics companies from across the island.

The award was accepted by the transport team to great acclaim from the nine hundred guests present at the event.