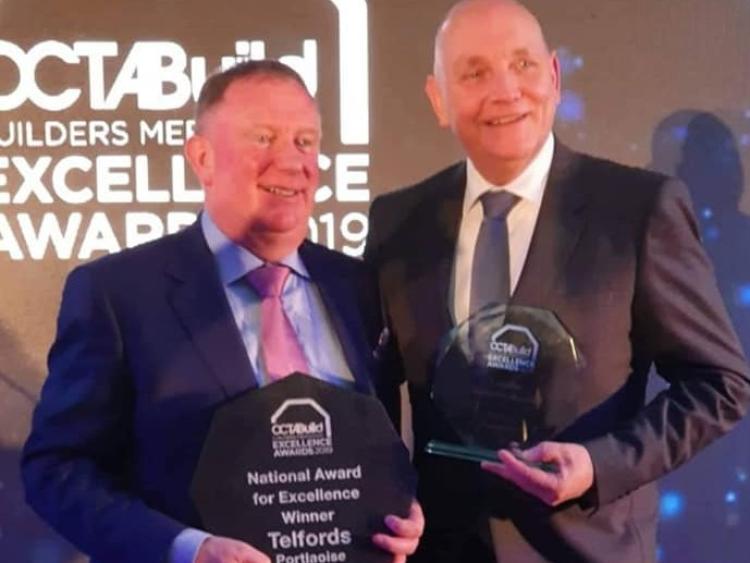 The awards were held at the Aviva Stadium last Thursday night.

The citation read by Mark Filgate, Chairman Octabuild said,
"The judges were incredibly impressed by this builders merchants. It's a commercially focused store, which is led by a really professional team.
"Managed using live trading and margin mix data, this stores demonstrates itself to be innovative and not afraid to embrace change. This is proven by the addition of new categories and constant investment in upgrading standards.
“The employee share scheme is highly innovative and the intense focus on health and safety standards is market leading.”

Liam McEvoy, Managing Director of Telfords said that it was a hugely prestigious award and a great achievement in winning it.
He noted that the awards were based on excellence in business management, customer service and marketing.

"The award would not be possible without the loyalty, dedication, commitment and the hard work from all our staff throughout the year. It was a team effort," noted Liam.

Telfords emerged as winners from a range of 16 builders merchants shortlisted for the 2019 Octabuild Awards.

The Awards, have been acknowledging the best in the builders merchant trade for 35 years. This year they were revamped with "a renewed focus on excellence that reflect the modern builders merchant sector in terms of business management, customer service, sales and marketing, innovation, leadership, diversity, partnership and communication."

Telfords were previous winners in 2007. 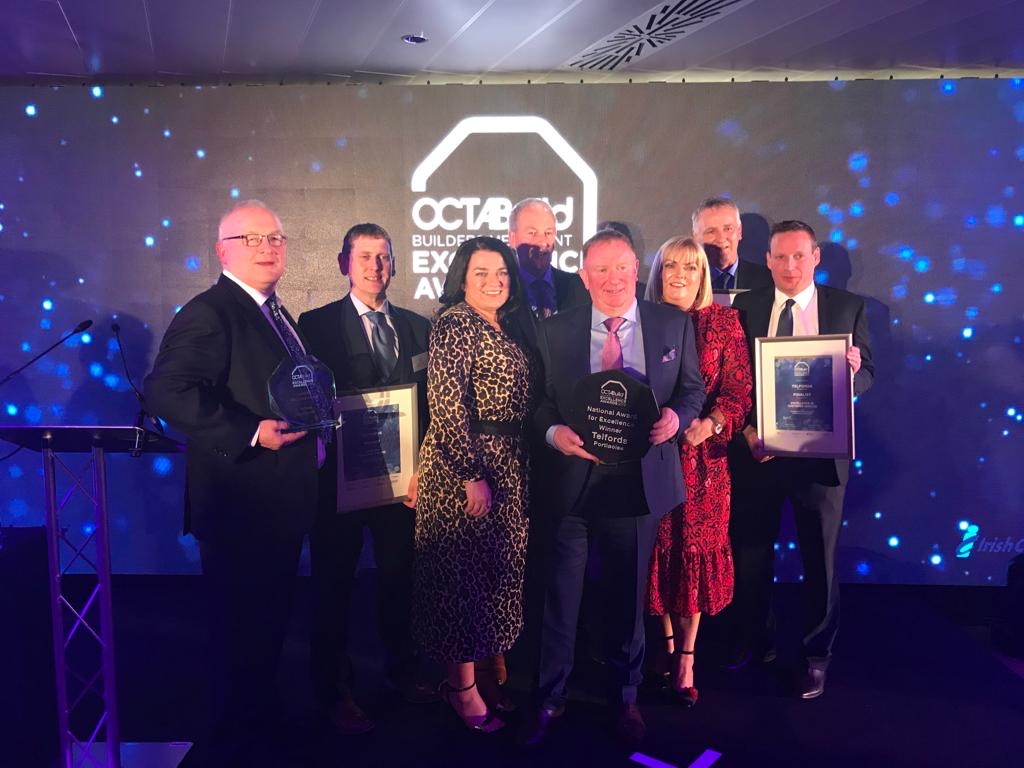