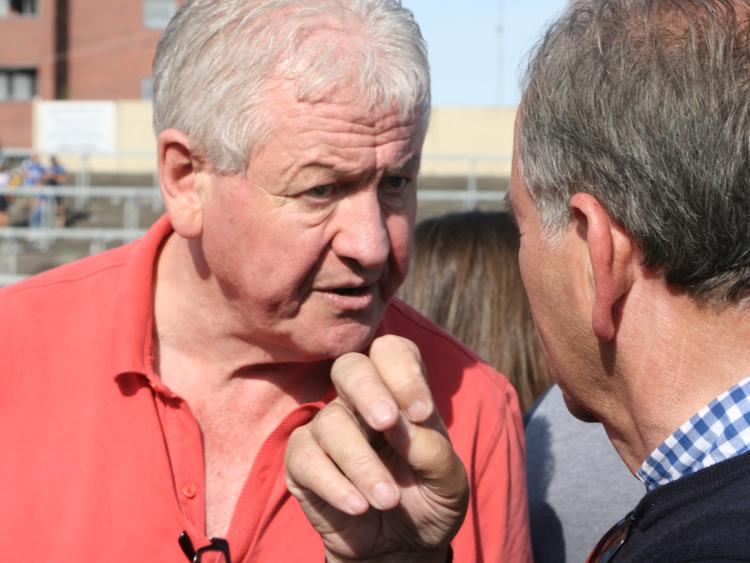 Cathal Jackson in O'Moore Park GAA grounds in Portlaoise after Laois defeated Dublin in the All-Ireland Quarter Final this summer.

Copper Face Jacks, one of the most popular night clubs in Ireland, is set to stay in Laois ownership thanks to the recovery of its co-owner from health problems.

The landmark Dublin has been taken off the market by its owners Cathal, from Ballinakill, and his wife Paula Jackson.

The venue and the linked Jackson Court Hotel on Harcourt Street went on the market in March with an expected price tag of €40 million.

However, the Irish Times reports that staff were told in a memo dated November 6 that the husband and wife owners had decided to take the property off the market following Mr Jackson’s recovery from health problems late last year.

“As you know, Cathal had some health issues late last year and reluctantly made the decision to put Coppers on the market.

“The proposed sale was launched in March of this year and attracted strong interest. Several approaches were made.

“However, we are pleased to confirm that as Cathal has now recovered his health completely, he has decided to stay actively involved in the business. As a result, he has now formally withdrawn the property from sale.

“Cathal and Paula would like to express their heartfelt thanks to all their staff for their support during this time,” said the memo.

Cathal is well known in Laois due to his backing for his native county's GAA teams. He has sponsored club teams in Laois and supported the county set up over many years.