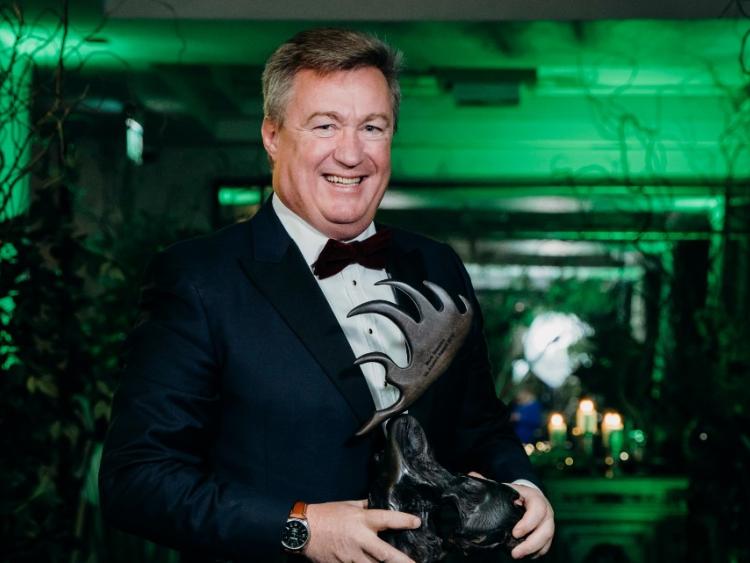 Laois businessman Mark Sheeran, Managing Director of CJ Sheeran was honoured for his contribution to Business by the University of Limerick at the college's recent Alumni Awards.

Mark is at the helm of the well known company which is Ireland's largest supplier of timber pallets and specialised timber packaging.

Mark was honoured for his Outstanding Achievement in Business.

The citation for Mark read:
"Following his graduation from UL in 1988 with a Bachelor in Business Studies, Mark Sheeran worked in various marketing roles in both London and San Francisco. He returned to Ireland in 1994 to work alongside his late father Canice in a burgeoning timber business in Coolrain with just five employees at the time (including themselves).

As Managing Director since incorporation of the company in 1994 and with over 25 years’ personal experience in the timber industry combined with an in-depth knowledge of the pallet and packaging industry, Mark oversees the strategic growth of the company including acquisitions and international sales.

As the only pallet manufacturing business in Ireland to have a full range of internationally recognised quality systems in place, CJS has become a world-class business making pallets that carry globally recognised products all over the world. In growing the business, Mark moved quickly to spread the risk and dilute dependency.

Having secured a number of lucrative contracts in the technology sector, the business’s first major investment was the purchase of an old sawmills in Mountrath in 2002. The new premises had a kiln which enabled CJS to perform ISPM15 heat-treatments on their pallets, a global standard regulated by the Forest Service to prevent the spread of invasive insects throughout the world on wood packaging, a standard which has proven itself to instrumental for CJS, with over 85% of the company’s output now treated this way.

The Mountrath site also had a pressure treatment plant which enabled the business to also diversify into Garden and Farm Timber Products, under the brand name The Garden Gate by CJ Sheeran. At the same time, CJS set up a Pallet Recovery Division which has now grown to be Ireland’s largest, recovering 2m used pallets per annum.

The business very successfully weathered the storm of the recession through Mark’s innate ability to pre-empt and to diversify.
Entrepreneurial instinct saw Mark seize an opportunity in 2008 to develop an innovative equine bedding material from recovered timber residue.

ComfyBed® Equine Bedding has become one of the company’s many success stories, receives accolade from many of the equine industry’s elite and has been the resident sponsor of the RDS Dublin Horse Show since 2011, bedding out some of the world’s best showjumpers and eventers.

In 2012, CJS acquired a major competitor in the pallet sector, a move that proved instrumental in the phenomenal fivefold growth that the business has realised over the following seven years. In 2015, CJS purchased a second site in Mountrath.

Mark has continued on an acquisition trail and over the past 36 months has acquired a further 3 major pallet businesses and is currently in negotiations with a UK business to gain a foothold there so as to continue with the company’s very impressive growth trajectory.

With six manufacturing, warehousing and distribution depots now across Ireland, the largest kiln drying and heat-treatment capacity in Ireland and the UK, as well as 3 state-of-the-art pallet manufacturing lines with a combined production capacity of 5m pallets per annum, the company also operates its own logistics fleet of 20 articulated trucks and 70 artic trailers.

To achieve this, Mark has assembled a team of incredibly loyal, dedicated, committed and talented staff, with further education and personal development a cornerstone of staff retention.
The future is very bright for CJS with Mark Sheeran at the helm." 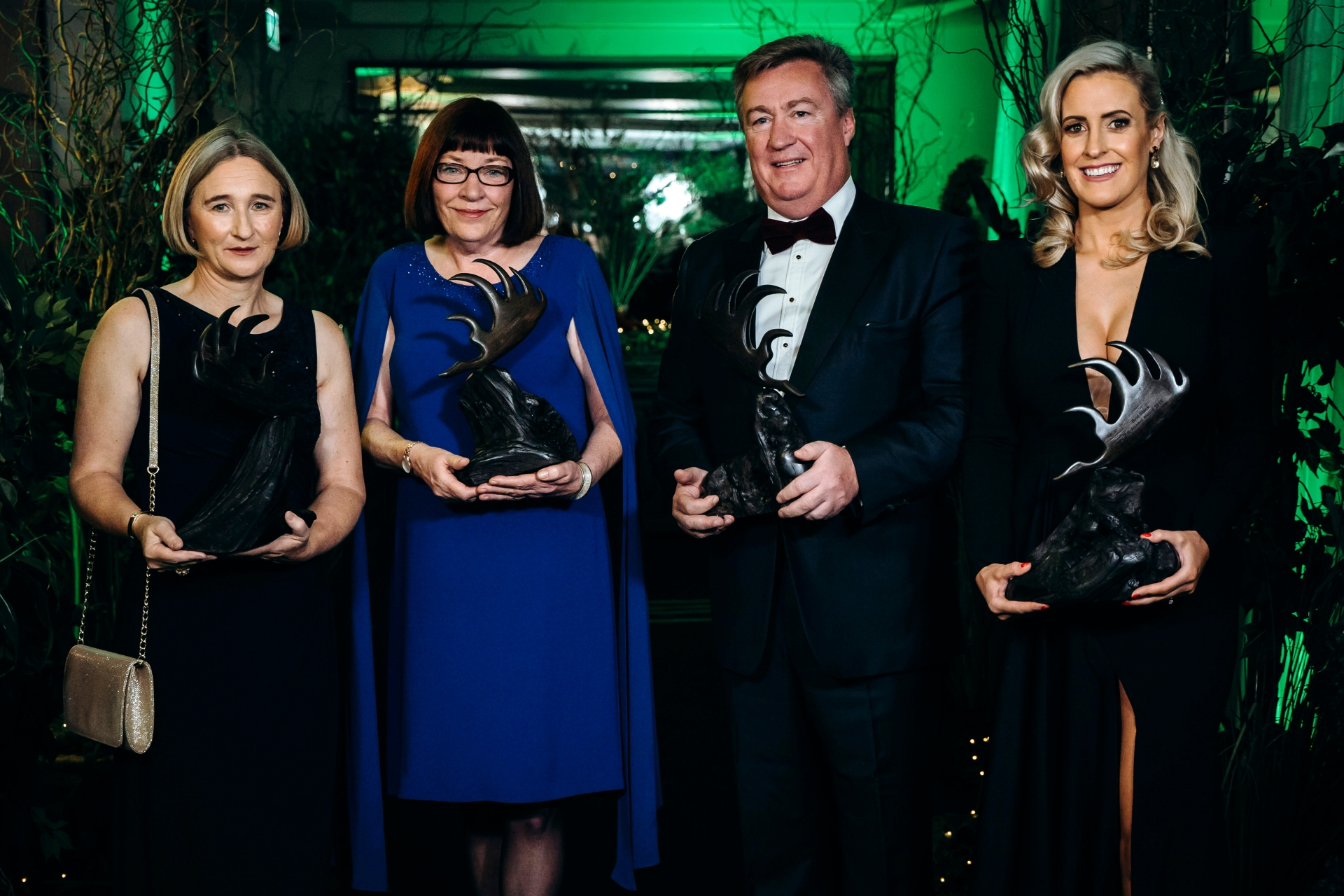