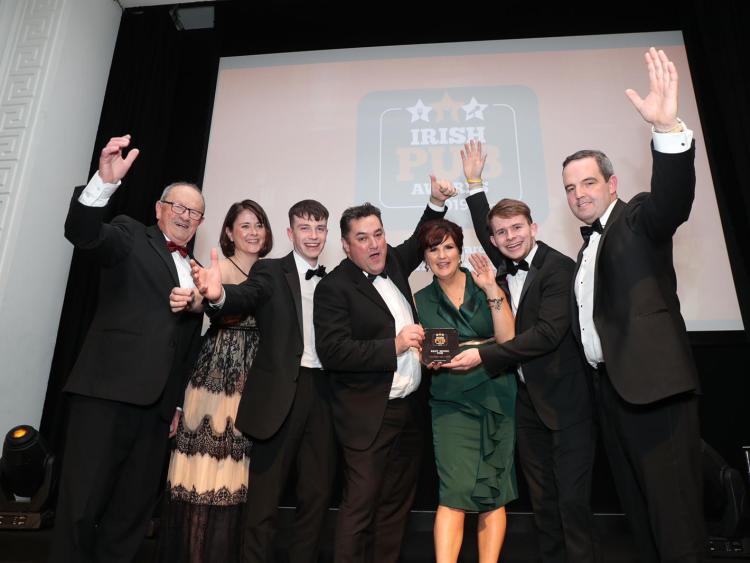 Kavanaghs are presented with the Award

PJ Kavanagh and his wife Niamh were on hand to collect the prestigious award.

The VFI national awards were held on Wednesday night in the RDS Concert Hall in Dublin.

Kavanagh’s was the East Region winner in the same category.

Kavanagh's beat off opposition from other venues such as the Quays Bar and Music Hall in Galway.

Many congratulations to @KavanaghsPub Portlaoise who were named the #IrishPubAwards2019 Best Music Pub of the Year! Sponsored by @IMROireland pic.twitter.com/tIP1iuAoaB