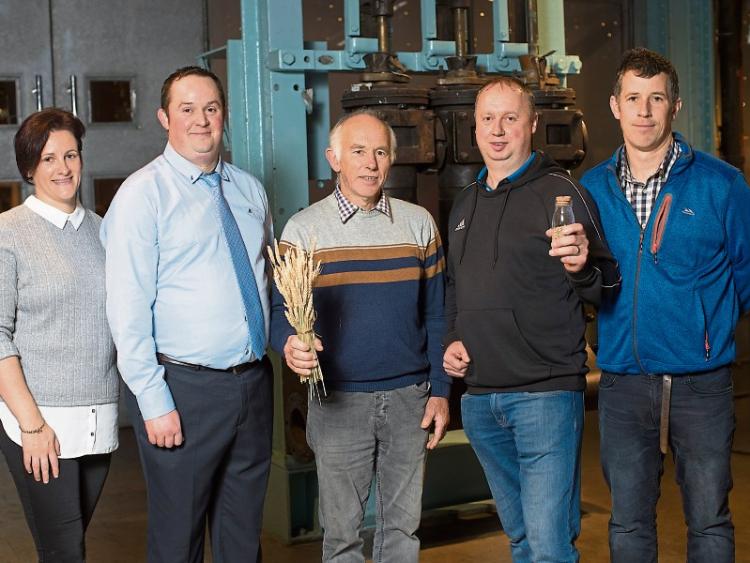 Two Laois barley growers are among those recognised at the annual Malting Barley Excellence Awards.

Evan McDonnell from Mortarstown in Carlow has taken the top prize for his malting barley crop at the 2019 awards held at the Guinness Storehouse.

The annual awards acknowledge excellence in malting barley production as well as promoting sustainability in the supply chain.

Organised by Boortmalt, one of the largest producers of malted barley in the world, the awards are hosted by Diageo Ireland, the largest purchaser of malting barley in Ireland. The 2019 winners across the supply regions includes the following barley growers from Laois: Stradbally Malting Barley Intake: Denis Mahon, Old Grange, Monasterevin and Frank Buggie, Ballyrider, Stradbally.