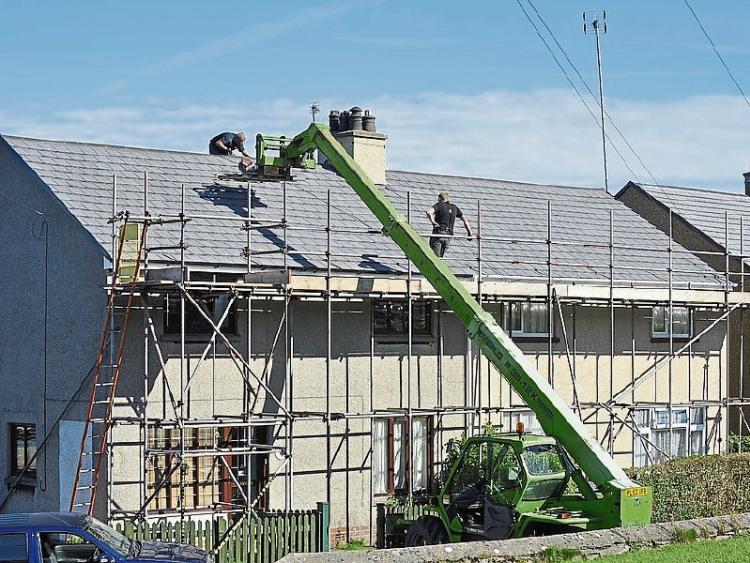 Two hundred and fifty eight residential buildings were under construction in Laois in December 2019, according to the latest GeoView Residential Buildings Report, published by GeoDirectory and EY-DKM today.

The majority (49.2%) of the buildings under construction in Ireland were located in Dublin and surrounding counties of Meath, Kildare and Wicklow, further emphasising the capital’s role in driving residential construction activity.

The counties with the lowest levels of construction activity were located in the north-west and midlands in December 2019.

Leitrim (24), Longford (88), Roscommon (96) and Sligo (96) registered the lowest number of buildings under construction.

Additions to GeoDirectory Database in Laois

323 residential addresses in Laois were added to the GeoDirectory database in 2019. Dublin accounted for almost a third of all new address points in 2019, with 6,189 in total.

Cork registered the second highest total with 2,146 (10.5%), while commuter counties Kildare (1,988) and Meath (1,452) also recorded significant numbers of new dwellings. In overall terms, 65.1% of all additions to the GeoDirectory database in 2019 were located in Leinster.

Analysing property prices over the past decade highlights the volatile nature of the property market over this period.

The past decade has seen a considerable rise in the number of residential properties in Ireland selling for more than €1 million.

This equated to €2.3 billion worth of sales, averaging €3.1 million per property.

There were 846 residential property transactions in Laois in the 12 months to October 2019, with an average property price of €175,768.

However, in the case of Leitrim, the vacancy rate declined by 0.5pp compared to 2018. Overall, 18 of the 26 counties recorded declines in residential vacancy rates.

Dublin remains the county with the lowest residential vacancy rate at 1.3%.

“Dublin and its surrounding counties continue to drive the residential property market and this trend shows no sign of slowing down.

“In 2019, the Greater Dublin Area of Dublin, Meath, Kildare and Wicklow had the most buildings under construction, the most new address points and the lowest average residential vacancy rates, while counties in Connacht and Ulster continue to lag way behind in terms of activity.

“The latest GeoView Residential Buildings Report takes a wider look at property price trends in Ireland over the past ten years.

“It shows that we ended the decade with an average residential sales price 14% higher than at the start of the decade.

“In addition, by 2019, the number of properties sold for greater than €1 million was four times higher than in 2010.”

“One in five residential property transactions in the 12 months to October 2019 involved a newly built dwelling.

“This is encouraging for the residential property market, even though the level of new building is well below where it needs to be.

“Just over 14,000 residential buildings were under construction nationally in December 2019.

“While this is an improvement on previous years, it is still well below the required supply levels, which are estimated to be closer to 35,000 units per annum.”