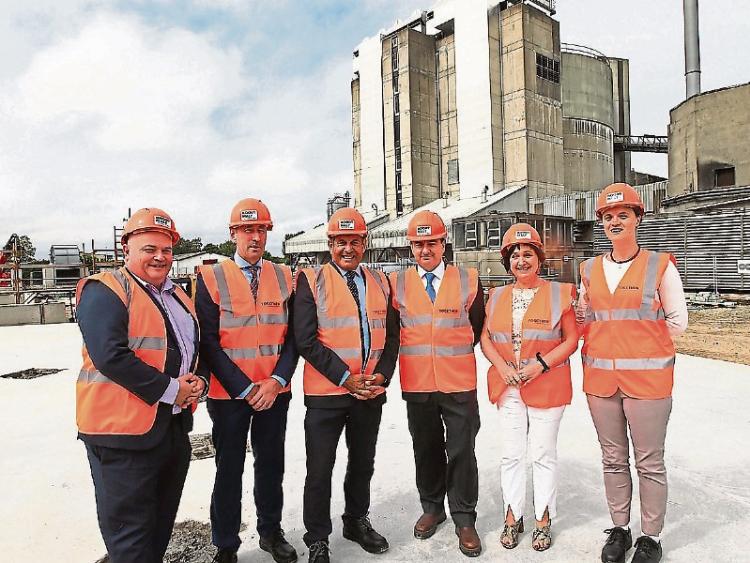 The drinks industry in Ireland, and in particular whiskey sales, has expanded considerably over the past number of years.

This increase in demand has had a knock on effect for the Irish malting barley sector, with the area of malting barley being grown in Ireland increasing over the past number of years to meet demand.

This gives Irish growers opportunities to enter a niche market with their produce and increase farm profitability.

This was the backdrop to discussions at this year’s malting barley conference which took place on Monday, February 10 in Enniscorthy.

The annual event was organised as part of the Teagasc/Boortmalt joint programme which is currently in its second year.

Kieran Kilcawley, from Teagasc Moorepark, outlined a research project that he is currently working on.

His research examines the area of Terroir in whiskey.

Terroir is a concept which states that taste and smell of whiskey can be directly associated with where the malting barley crop has been grown and factors such as soil type and location can impact taste.

This research is ongoing, however initial results have indicated that there is a link between the location of the crop and its taste.

Growers attending received an update on the activities over the past year from the Teagasc/Boortmalt joint programme.

Eoin Lyons, Teagasc/Boortmalt programme advisor, outlined the farm trials that were carried out on the monitor farms over the past year.

Issues such as catch crops, aphid control and growth regulator were all topics for discussion on the night.

Nitrogen rate for malting barley for the coming season was also discussed.

The situation with regard to nitrogen retained in the soil this year compared to last could not be more different.

High rainfall, large crop offtakes and poor cover crops will all point towards a low level of nitrogen present in soil this year and therefore nitrogen requirement for this year’s malt crop will have to be altered in order to optimise yield and protein.

With the loss of Chlorothalonil next May, control of Ramularia in spring malting barley will become increasingly difficult.

With this in mind, Steven Kildea, crops researcher in Teagasc Oak Park, gave an update on what alternatives are available for Ramularia control when Chlorothalonil goes off the market.

The trial work showed that there are alternatives to Bravo on the market but they may not be as effective.

However, with his final remarks, he stated that the situation in relation to Ramularia control measures is much more positive compared to a year ago.

He indicated that the new malting barley facility in Athy is now complete and operational with the reconstruction of the old facility due to be completed shortly.

He added that with this increase in the malting capacity in Athy, the company aims to purchase a record quantity of malting barley this season, increasing its total tonnage to 180,000 tonne.