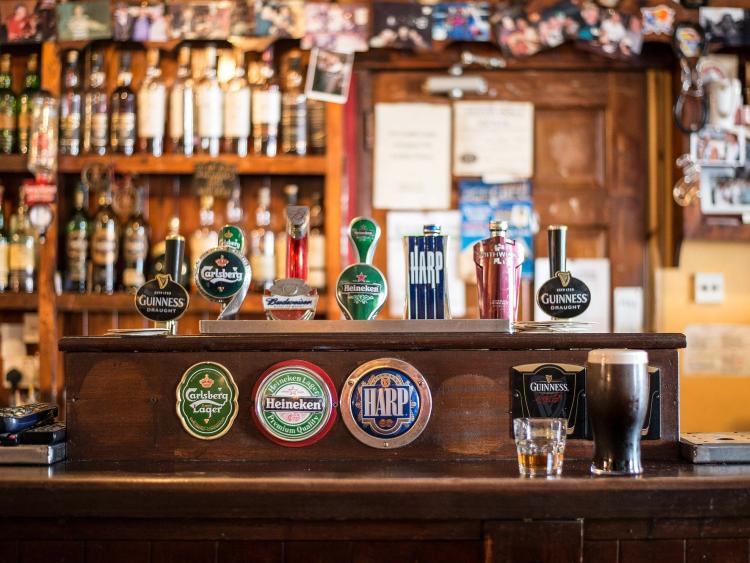 The group is calling for a temporary reduction in the hospitality VAT rate, and extending it to apply to alcohol sales in the on-trade (pubs, restaurants and hotel bars) until December 31 as part of the July stimulus package currently being negotiated by Government.

The measure is being sought to support pubs – 7,000 businesses nationwide – and particularly rural pubs, as they begin their long and slow road to recovery after lockdown in what will be a difficult trading period in the months ahead.

The group said the sector could, with the right support, help drive Ireland’s economic recovery after the Covid-19 lockdown. Despite pubs being one of the hardest and longest hit sectors during the lockdown, and one of the highest taxed, they are working hard to get back up and running as soon as possible.

A report commissioned by the group and authored by DCU economist Anthony Foley states that over one quarter of alcohol revenues generated by the on-licence sector are taken by the Government in the form of expenditure tax each year.

Personal expenditure on on-licence alcohol was €5.677 billion in 2019. Of this, over €1.6 billion, or 28 per cent, was taken by the Government in expenditure tax. This tax bill is in addition to other businesses taxes such as income tax, Universal Social Charge (USC), PRSI, profits tax and state determined fees such as licences and commercial rates.

This huge tax burden is now "unsustainable" and "unjustifiable" and must be reviewed to reflect the current Covid-19 trading conditions, said VFI chief executive Padraig Cribben.

"Rural pubs, which represent many small businesses, will be under severe pressure as the new trading conditions and Government guidelines on social distancing and reduced capacity make meeting business costs an impossible challenge," said Mr Cribben.

"These are businesses which employ significant numbers and add to the vibrancy and life to our cities, towns and villages – something that has been deeply missed during lockdown. They need a short-term stimulus to get through the next few months until trade picks up. Our ask for a reduced VAT rate on on-trade alcohol is one that can be done with relative ease and will provide an immediate impact."

The report also found that on-trade pub alcohol sales will decline by 50% or more for the second half of 2020 and that this was the most optimistic market expectation.

Reduced rates of VAT for hospitality activities and other labour-intensive activities are long-established policy instruments in both Ireland and internationally to support economic activity. An amended European Commission Directive makes it possible to extend and apply a lower VAT rate on on-trade alcohol in Ireland. Some EU member states including Italy, Spain and Cyprus have implemented reduced VAT rates for on-licence consumption to support businesses as a Covid measure.

The UK has also announced a package of measures to support the hospitality industry, acknowledging the enormous contribution it makes to the UK economy. "Ireland needs to follow suit with the UK in terms of bringing forward creative and proactive proposals that are tangible to protect our drinks and hospitality industry. A temporary reduction in the hospitality VAT rate, extending it to on-trade alcohol sales is such a proposal and we’re calling on the Minister for Finance [Paschal Donohoe] to deliver," Mr Cribben said.

LVA CEO Donall O’Keeffe added:"We are seeking a temporary reduction in the on-trade VAT rate on alcohol as a support measure to help businesses meet the 50% shortfall in trading due to Covid. This is for businesses and is not intended as a demand stimulus which VAT rate changes tend to be. This is a new ask which has never been considered in Ireland and is achievable and easy to implement quickly at a time when this industry is under pressure to operate with reduced demand and increased costs. Ireland’s VAT rate on alcohol is already significantly higher than EU averages."