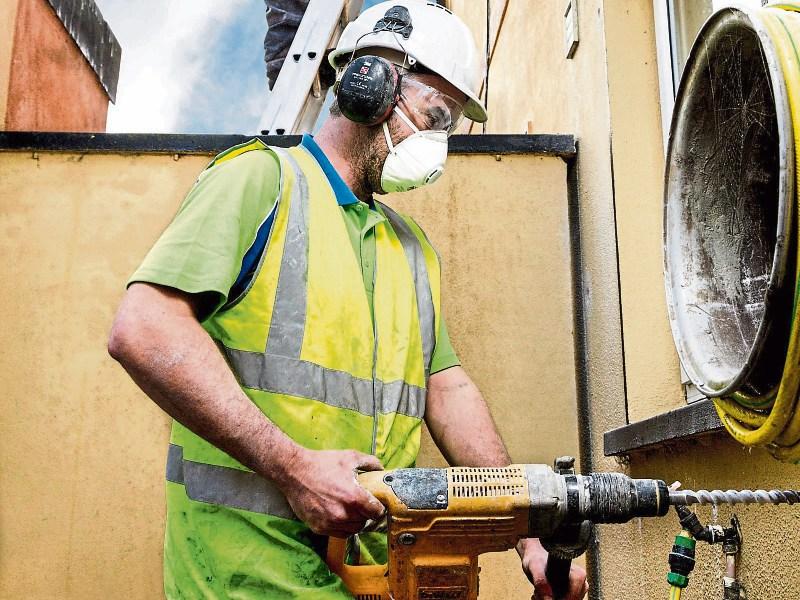 Six council estates in Laois are due to get a lot warmer over the coming year, after being chosen to be part of a pilot scheme for the Midlands Housing Retrofit Programme.

In all 160 council homes are to be assessed for a range of improvements including new windows and doors, improved insulation to attics, flat roofs and walls, high tech heat pumps and LED lighting.

For Phase 1, Laois County Council has selected Mountain View with 27 houses in Portlaoise municipal district, Radharc Alainn with 18 in Portarlington/Graiguecullen MD and Quigley Park, Rathdowney with 20 homes in the Mountmellick Borris-in-Ossory district.

In Phase two are Hillview in Portlaoise with 18 homes, Derrymore with 26 in Portarlington/ Graiguecullen and Kirwan Park with 51 in Mountmellick.

The assessments will start in late August the council says.

One Portlaoise councillor is disappointed that St John’s Square and O’Moore Place are left out.

Cllr Caroline Dwane Stanley has called for them to be added on.

“The government has given €20 million for a deep retrofit programme. I’ve been raising this issue for the past seven years. I acknowledge the work done to bring other local authority houses up to standard, but O’Moore Place and St John’s Square were put on the back burner. I was told it would cost up to €15,000 and the council couldn’t afford it at the time.

“They should be top of the list now because they were left behind.I’m not going to accept that. I’ll write to the Minister and tell him we are waiting seven years. You’d freeze in them for god’s sake. Not to take anyone off them but to include these,” she said.

“Laois County Council picks that list not the department,” she added.

“All we are approved for is just inspections. Obviously we are trying to do a spread around the county, but we will go back to government and seek additional funds,” he said.

To be eligible, the houses must be able to achieve a minimum Building Energy Regulation rating of BER B2.

The criteria the council followed included choosing bundles of houses in a built up area so they can be done more cheaply together, of social and private housing, built before 2008 building regulations, with older residents, and the least energy efficient homes with the greatest potential for energy and C02 savings.

The retrofit programme is starting in the midlands where fossil fuel use is highest, and communities will be most affected by the end of peat harvesting.