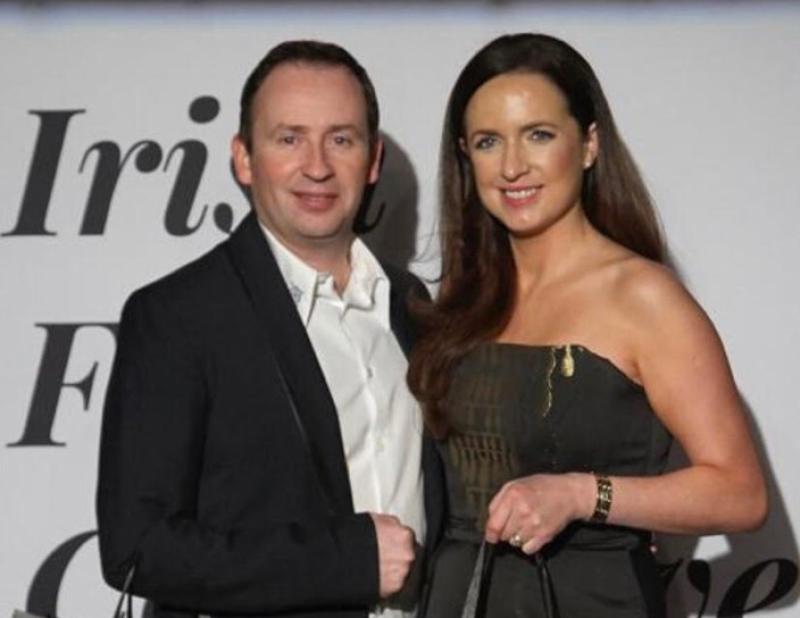 Group Directors Ramona and Canice Nicholas both opposed the application

The High Court has appointed an interim examiner to the Cara group of pharmacies, which employs over 160 people.

The group's directors are former RTE's Dragon Den presenter Ramona Nicholas and her husband Canice Nicholas, who had opposed the application.

The application for the examiner's appointment was sought by Elm Corporate Credit DAC, which is the group's lender and is its largest creditor.

Rossa Fanning SC for the company told the High Court on Friday that the group had been loss making every year since 2016, and was insolvent. The best course of action to save the business and the jobs was the appointment of an examiner, counsel said.

Aillil O'Reilly Bl for the group asked the court to adjourn the Elm's application for the appointment of an interim examiner to the group.

He said the directors were very concerned about the impact the appointment of an examiner would have on the employees and the communities they serve, as well as their own professional reputations.

The company also said that the negative portrayal of Elm of the group's financial system was overstated'.

At the High Court Mr Justice Michael Heslin said he was satisfied to appoint experienced insolvency practioner Mr Ken Tyrell of PWC as interim examiner to Cara Pharmacy Unlimited Company, and a dozen related companies.
The court was not prepared to adjourn the application to appoint an Intermin examiner.

Noting the objections raised by the company the judge said his decision "in no way impugns" the director's reputations, skills and professionalism.

The judge said that an independent expert's report stated that the group, which operates 13 pharmacies and provides prescriptions to nursing homes, has a reasonable prospect of sucess if certain steps are taken.

Those steps include restructuring of the business, fresh investment in the group, and court approval for a scheme of arrangement put together by an examiner with the group's creditors.

The appointment of an examiner, Mr Fanning said, was in the best interests of all the stakeholders, including the 160 employees. Two parties are interested in investing in the group, counsel said.

Counsel said Elm was prepared to provide sufficient funds during the examinership period on terms including that any such monies be certified by the examiner.

In the event the group is wound up there would be a deficit of 16.3m.

Counsel said Elm is owed €14m by the group which is due by the end of the year. Other creditors include suppliers, landlords and local authorities, counsel said. Counsel said that the group had pre-tax losses of €4.6m between 2016 and 2019.

Its losses were partly due to the challenging retail trading environment, deficiencies in stock control, and an unsustainable cost base.

The group had struggled to grow sales, and changes by the group's main supplier United Drug to its payment terms had a negative effect.

There was a big gap between its budget and actual revenues, which counsel said had undermined Elm's confidence in the group's management.

Elm sought proposals from the group for the repayment of its facilities, but none have been received.

Elm was concerned by a lack of explanations over items including a €83,000 directors loan made when the group was experiencing cash-flow problem, a payment of €100,000 to somebody outside the group, and over 37 cheque payments totalling €804,000.

Counsel said while it was understandable for businesspeople like the directors to resist the appointment of an examiner over their business, he hoped they would not ultimately oppose the examinership application.

The prospect of examinership was flagged to the group well in advance of the court hearing, counsel added.

Counsel said given the group's financial situation any objections to the appointment of an examiner were "unrealistic" and compared it to "King Canute telling the sea to go back."

The judge after appointing Mr Tyrell adjourned the matter for two weeks. Any objections to the examinership process he said can be heard on that date.