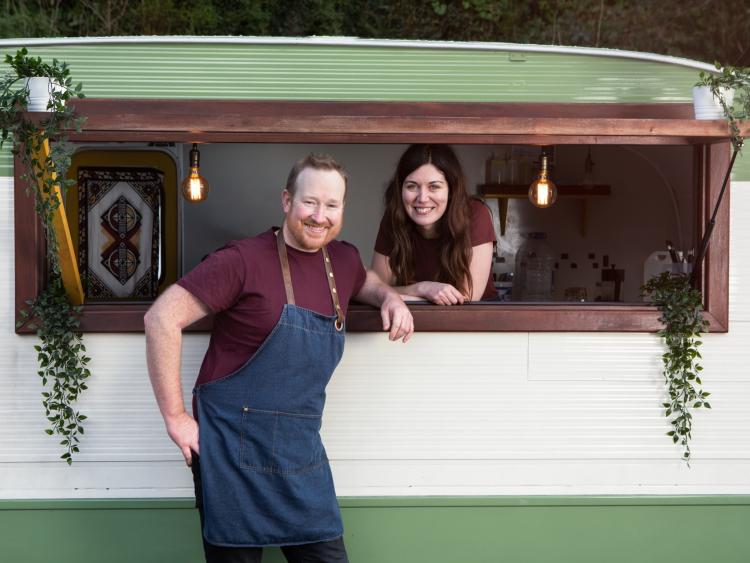 A business co-founded by an Abbeyleix man is among the Great Taste winners of 2020.

Declan Malone, Co-Founder and Head Chef at Rívesci is originally from Abbeyleix and has won 3 stars, the highest accolade, from the Great Taste Awards held in London recently.

Out of 12,777 entries only 15 products from Ireland were awarded 3 stars and Declan's creation 'Cashew Chilli Crush' was one of them. Out of 12,777 products sent in from 106 different countries, Rívesci which is based in Tipperary was awarded a 3-star Great Taste award, which means the product was described by judges as extraordinarily tasty for its Cashew Chilli Crush.

Judges described Cashew Chilli Crush as, “A stunning looking product! Rich and glossy...' which '..smells incredible - deeply savoury and rich. “The flavour is stunning.. rich with umami..’ and finally '..an exceptional product which is perfectly balanced.”

Judged by 144 of the most discerning palates, belonging to food critics, chefs, cooks, restaurateurs, buyers, retailers and producers, as well as food writers and journalists, Great Taste is the most coveted of all food and drink awards.
As well as a badge of honour, the unmistakable black and gold Great Taste label is a signpost to an outstanding product, which has been discovered through hours and hours of blind tasting.

This year’s winners were found through a combination of remote judging and socially distanced judging sessions, after the lockdown began just one week into the schedule.

“Winning 3 Gold Stars for Cashew Chilli Crush means so much to us, it cements my own thoughts and hopes for our product,” said Declan. “It was our first time entering the Great Taste Awards and only did so due to pivoting our business at the onset of COVID-19."

Shannon Forrest, Co-Founder and Head of Marketing and Sales said,  “It's a dream come true for our brand. We're so new in business and couldn't have wished for anything better.

“Declan's palette is exceptional and this award goes to show how much I have believed in his talent over the years. Rívesci is a tiny team of two so celebrations will be understated yet we will mark the occasion in some small way."

Recognised as a stamp of excellence among consumers and retailers alike, Great Taste values taste above all else, with no regard for branding and packaging. Whether it is cake, coffee, kippers or kombucha being judged, all products are removed from their wrapper, jar, box or bottle before being tasted.