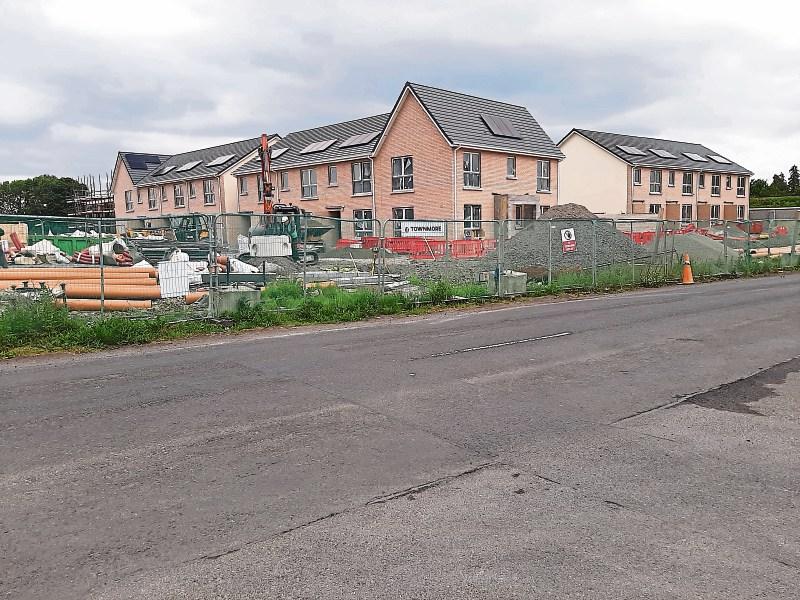 €50 million in state funds is expected to be given to Laois by 2023 to build over 174 new council homes under the Rebuilding Ireland programme.

The €50m is an estimated total cost for 15 different projects delivering 156 homes, and two turnkey estates ready for tenants.

Portlaoise will get only 26 homes but the county town is instead to get some 224 new social homes and apartments in five schemes funded as Urban Regeneration projects, on iconic sites including the old convent, county hotel and former CBS school.

By the end of 2021, 79 of the Rebuilding Ireland council homes are expected to be built around Laois, starting with two houses at Hillview, Portlaoise due last December.

In Portarlington, 22 houses at Ballymorris are due by late March.

Next on the timeline are six in Shannon Street, Mountrath by June.

Next are ten homes in Gleann na Glaise, Ballyroan, six in Moore Street, Rathdowney, 10 in Pattison’s Estate Mountmellick, 22 in Sean Doire, Durrow and one rural house in Coolroe Ballybrittas.

The turnkey homes include seven in Corbally, Clonaslee and 11 in Main Street, Borris-in-Ossory.

Laois County Council CEO John Mulholland said that the status of these houses was “very positive” .

“About 79 council built houses are on site or will be in the next couple of weeks. This is very positive. Many others are in various stages of preparedness,” he said in his report to the November council meeting.

into 2022, Portlaoise will get nine at Iona, Abbeyleix Road, 11 in Clonrooske and four day houses at Oak Park Halting Site in Portlaoise.

There will be another six built in Harbour Court Mountmellick and seven at Mooreville, Rathdowney, 14 in St Kieran’s Park, Errill, and 26 in Carraig Glas, Stradbally.

The €50 budget also includes a provision for additional projects yet to be approved but to be delivered by the end of 2023, and for the construction of projects under the Buy and Renew scheme.

The fund is part of the €130m capital investment programme planned by Laois County Council to develop Laois up to the end of 2023.

CEO John Mulholland said however that delivering it depends on “consistent good state aid to Laois” as well as buoyancy in the housing construction sector.