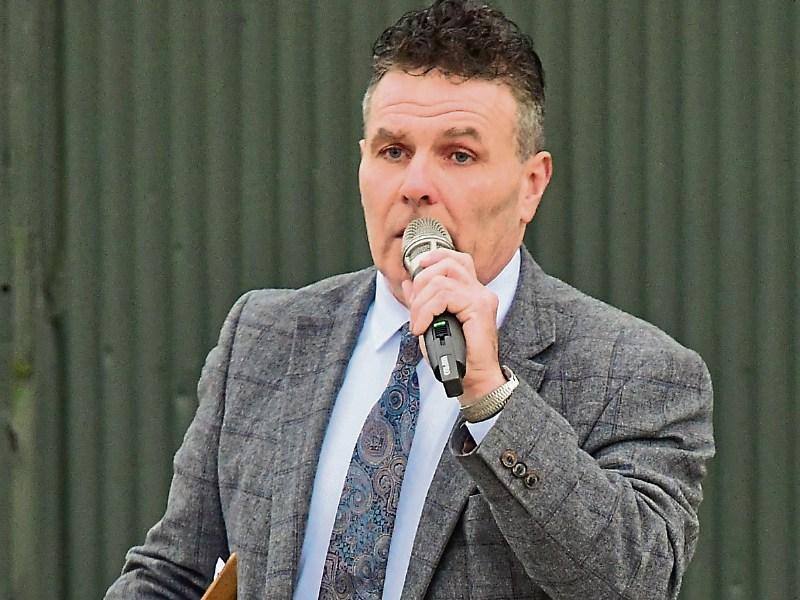 Auctioneer, Joseph Coogan at the drive in auction

A new era of auctioneering in Kilkenny began recently with the success of a socially distant, Covid-compliant event held at Joseph Coogan’s in Ballycomey, Castlecomer.

A specially-prepared concrete space has been arranged to facilitate ‘drive - in’ events, with attendees bidding from their vehicles.

Mr Coogan has invested in a new microphone system with an extra speaker to ensure audio levels are of the highest standard.

Social distancing regulations and rules on gatherings meant people stayed in their vehicles, while names were taken for the purposes of any contact tracing.

Would-be bidders let the windows of the car down and wave.

While there might be many cars attending such an event, only two or three bidders might be bidding for one particular lot.

The key is to identify them early on if they are interested.

“It’s a little bit more difficult than the normal when people are sitting directly in front of you, the windows of cars are down, you hope it won’t be raining - you have to identify each bidder,” said Mr Coogan.

“Before you drop the hammer so to speak, you’d want to be very vigilant, careful not to miss anybody,” he added.

The big unknown for the recent inaugural event was the weather, but covered sheds were at the ready in the event of showers.

The day was hailed a success by organisers and attendees alike.

“It’s a new venture, and it’s a system we will probably be able to use for the foreseeable future until such a time as the coronavirus vaccine comes on board,” continued Mr Coogan.

“I’m very happy with the way it went, and I’d hope to conduct more of them in that environment in the new year, even though I have to leave my auction room empty for now.”

Local builders Larry Comerford and Patrick Butler from Muckalee concreted the backyard area making into a large concrete space to hold the auction.

“I would like to thank Larry Comerford and Patrick Butler on completing the project to enable the two yards to link in together — and for all their work in getting the site ready against a timeframe.

“It was very much admired, ” said Mr Coogan.

The property that was for auction on the day was in Cruttenclough, Bilbao — 47 acres and a residence.

It was sold in three lots and well exceeded its guide price. 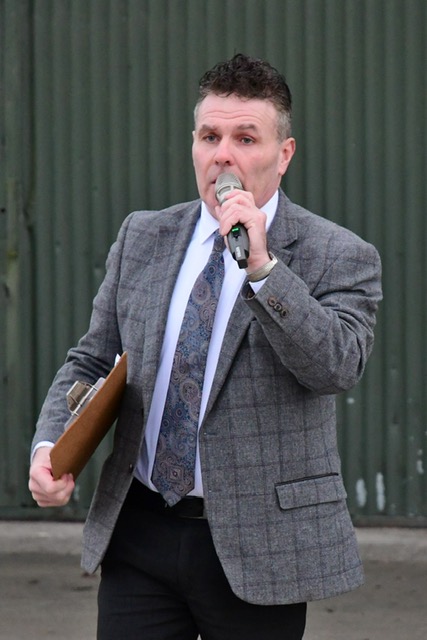 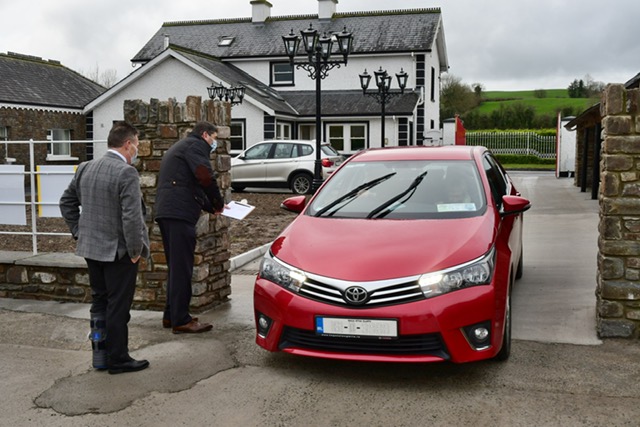 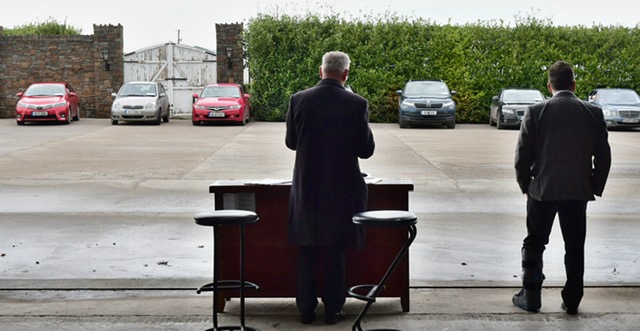 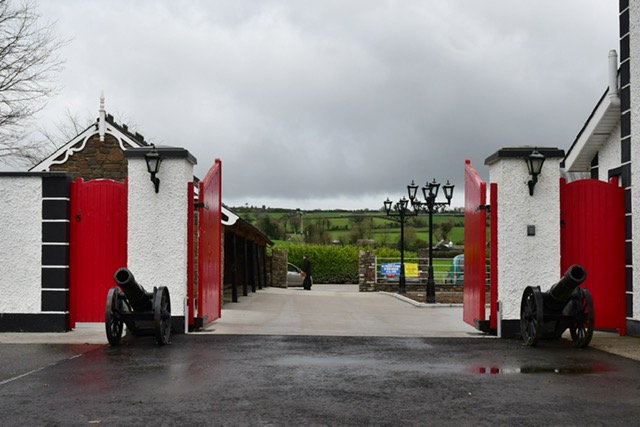 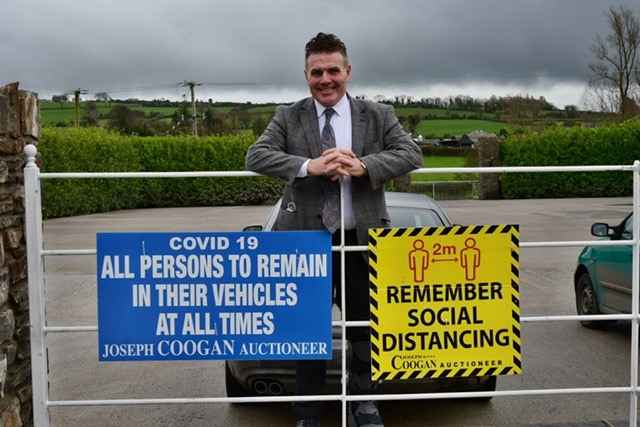