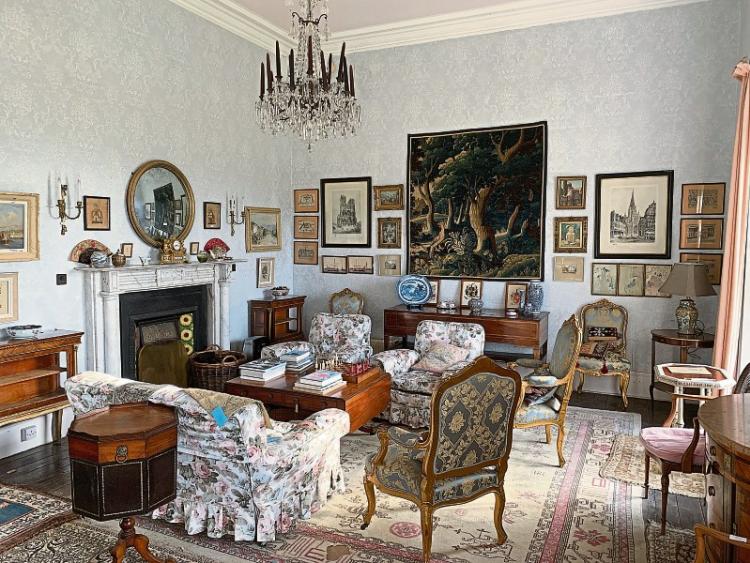 Intricately woven carpets from the hands of Tibetan refugees living in the foothills of the Himalayas; Kashmiri silk wall hangings; a sample of Bhutanese craft; iconic blue and white pottery from Jaipur in Rajasthan; an antiquarian barleycorn bone chess set and metal figurines from the Bastar region of India are just some of the wonderful pieces which will go under the hammer at Sheppard’s Irish Auction House next week.

The sale of the contents of Belmont House, Cullahill reflects the rich history of a family which left the West for an adventure on the subcontinent of India in the 1960s. David Gibbs, became Rector (headmaster) of the illustrious St. Paul’s School in Darjeeling in 1964 and remained in India for nine years, along with his wife, Sally, and their three children, Lucinda, William and Alexander.

Auctions have a way of forcing people to bear their souls. The family would love to keep more of the pieces but have no room for all of the wonderful collection of antiques, antiquities and curiosities, following the decision to sell Belmont.

As you approach Belmont House you are struck by the Pagoda-like feel to the one-storey cluster-columned entrance which rightly entices you into thinking that you are entering a world with an eastern orientation. Not a surprise when you learn that David Gibbs was great friends with Tenzing Norgay, the Sherpa who with Sir Edmund Hillary reached the 29,035-foot summit of Everest on May 29, 1953, becoming the first people to stand atop the world's highest mountain.

In the front drawing room is a spinet, a small harpsichord by Stephen Nash, Capel Street, Dublin (1799-1803) with a light pink coloured rose motif on the wood above the keyboard.

Outside the canted bay window of the same room is a similarly coloured pink rose and you can imagine Thomas Moore’s Last Rose of Summer being played on it as the sun fell over the hills of south Laois.

As we stand in this listed building, Covid conscious apart, Lucinda’s husband, Pradip gives a history of the tribal, Madhubani painting designs from the Mithila region of India, one of which is included in the sale. As he finishes, I am awoken from my dreams of rural India when I'm told I am on a Persian carpet.

In keeping with the romantic theme of Belmont, a pair of intricate Mughal portraits linked to the Taj Mahal. They date from the early 19th century and are of Mughal emperor, Shah Jahan and his wife Mumtaz for whom he built the magnificent Taj Mahal, the ivory-white mausoleum in the city of Agra.

Bhutan is an idyllic kingdom in the Himalayas that has for years, limited tourists because of fears about the sustainability of its incredibly diverse and finely balanced ecosystem.

Many old Paulites come from Bhutan, and David and Sally were able to spend magical times in the land-locked country of Buddhist temples and dramatic landscapes.

One of the smaller pieces to be included in the sale is a small, simple Bhutanese lidded food basket.

The richness of Lucinda’s storytelling transports you to Bhutan where this simple but sentimental piece of ware was created.

Pradip is in his element describing the ‘marigold’ and ‘queen of the night’ floral decorations on the cobalt blue Delhi pottery which he explains is from Jaipur and not Delhi and is Turko-Persian in origin.

He goes through the importance of every motif on the ware and paints a vivid picture.

The house has wonderful pieces from closer to the home including an exceptional gold-leafed, convex mirror which in Victorian times, allowed the ladies to scan the room under the magnificent candle chandelier which is not part of the sale.

As we walk over a Victorian tiled floor from the entrance hall to the dining room, an elegant satinwood music stand of excellent craftsmanship comes into view. Next, an Irish yew tea caddy catches my eye. It rests serenely on a sofa table behind a 1930’s Art Deco suite which reflects the richness of life at Belmont.

David Gibbs, was awarded an OBE for his services to education in India. He passed away in June at the age of 93, having spent the last 32 years at Belmont, a house full of pieces from his and his wife Sally’s time in India and elsewhere.

David Gibbs, a Cambridge engineering graduate, was the first lay Warden of St Columba’s College, Dublin, taking over the reins at the school in 1974 until his retirement in 1988.

His retirement years saw his engineering and DIY skills come to the fore as he worked on restoring Belmont House; re-planting the gardens, and creating a new wood.

He also continued his love of music by playing the French horn with the Dublin Orchestral Players.

His concern for animal welfare led him to work with both the ISPCA and Laois Society for the Prevention of Cruelty to Animals (LSPCA).

He was a faithful parishioner of Aughmacart St. Tighernagh Church and a great supporter of the Abbeyleix & Killermogh Union of Parishes for whom he was Treasurer for many years.

The death of David Gibbs in June of last year was mourned by many Old Columbans and indeed worldwide, particularly in India at the school where he left great memories. 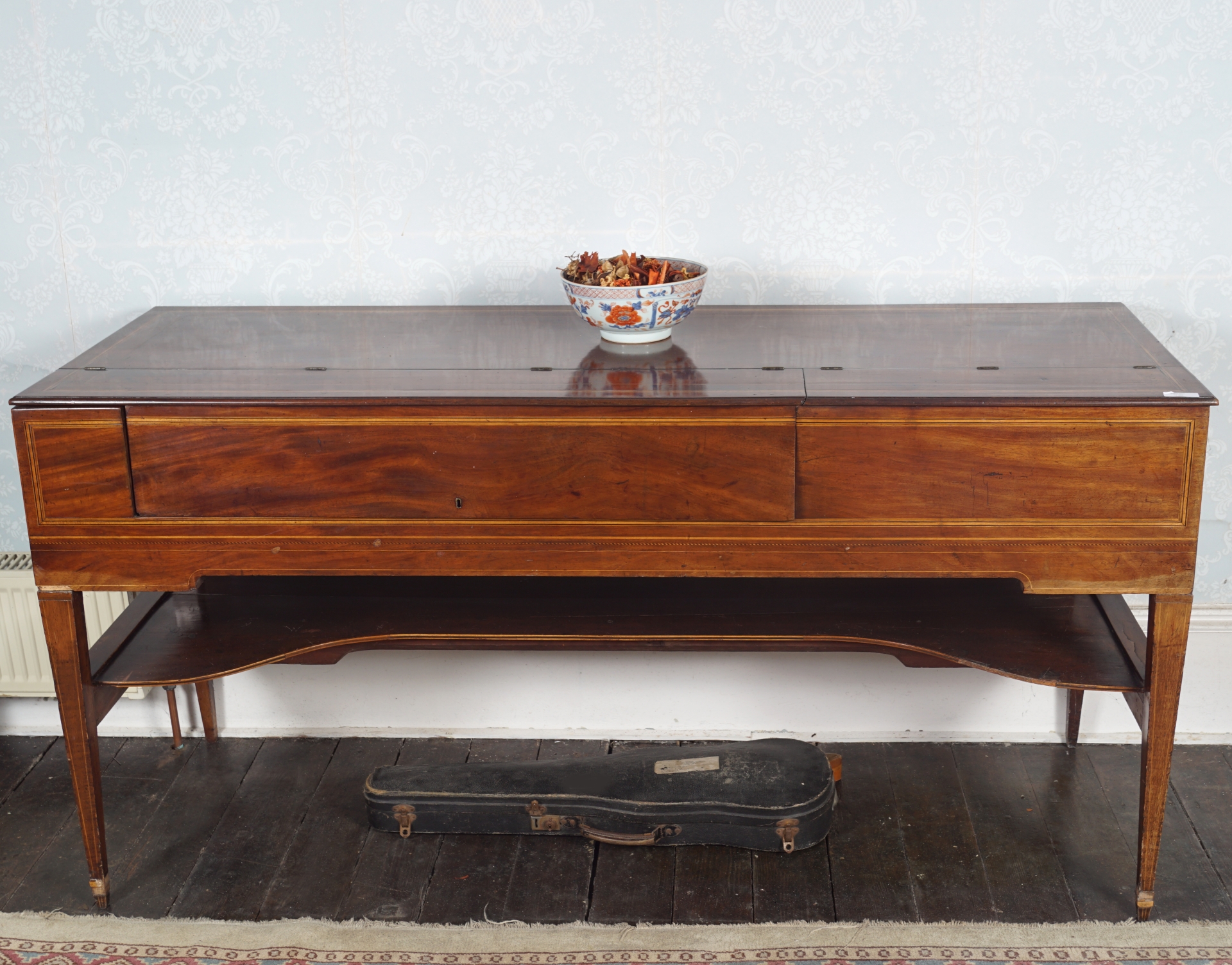 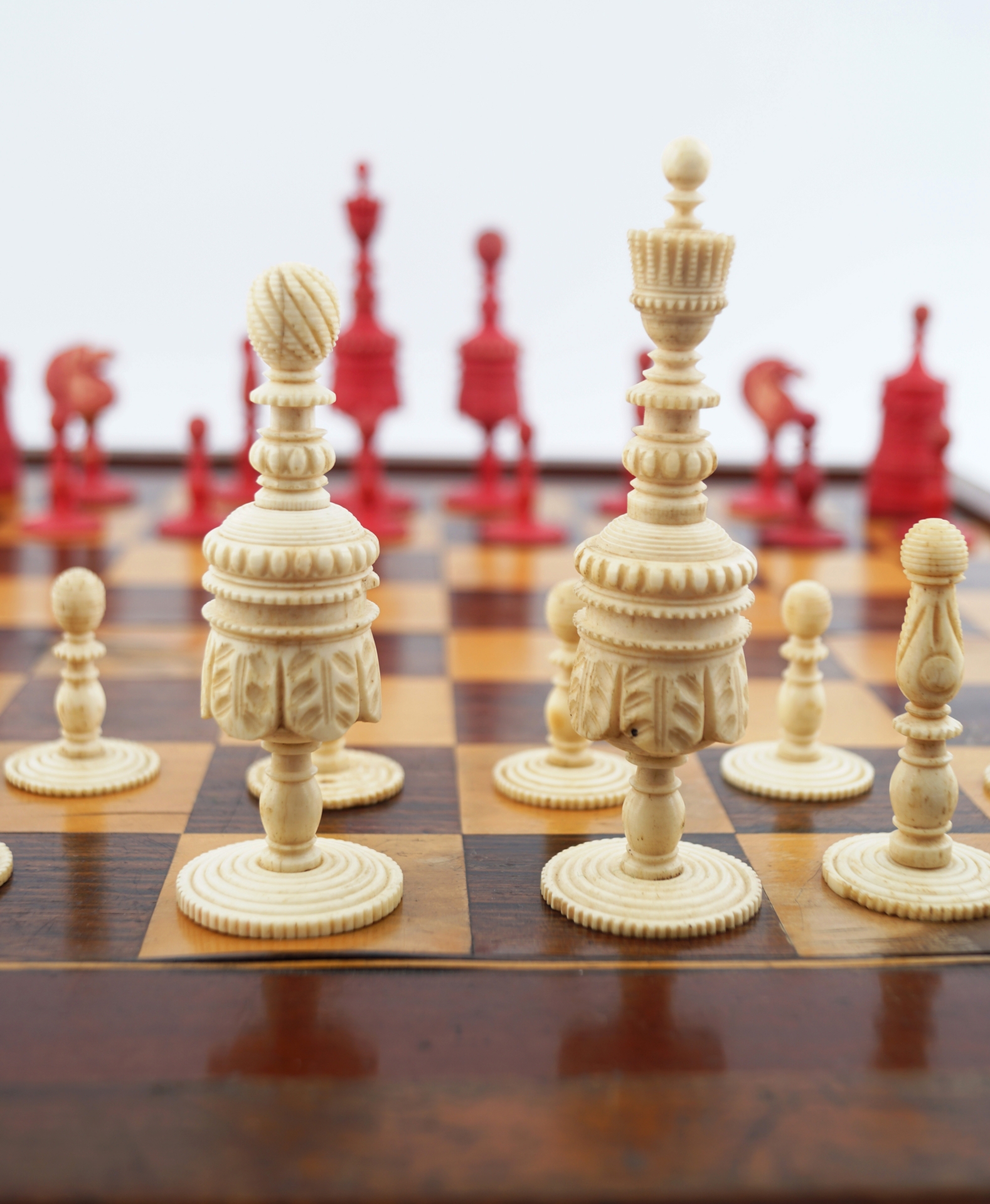 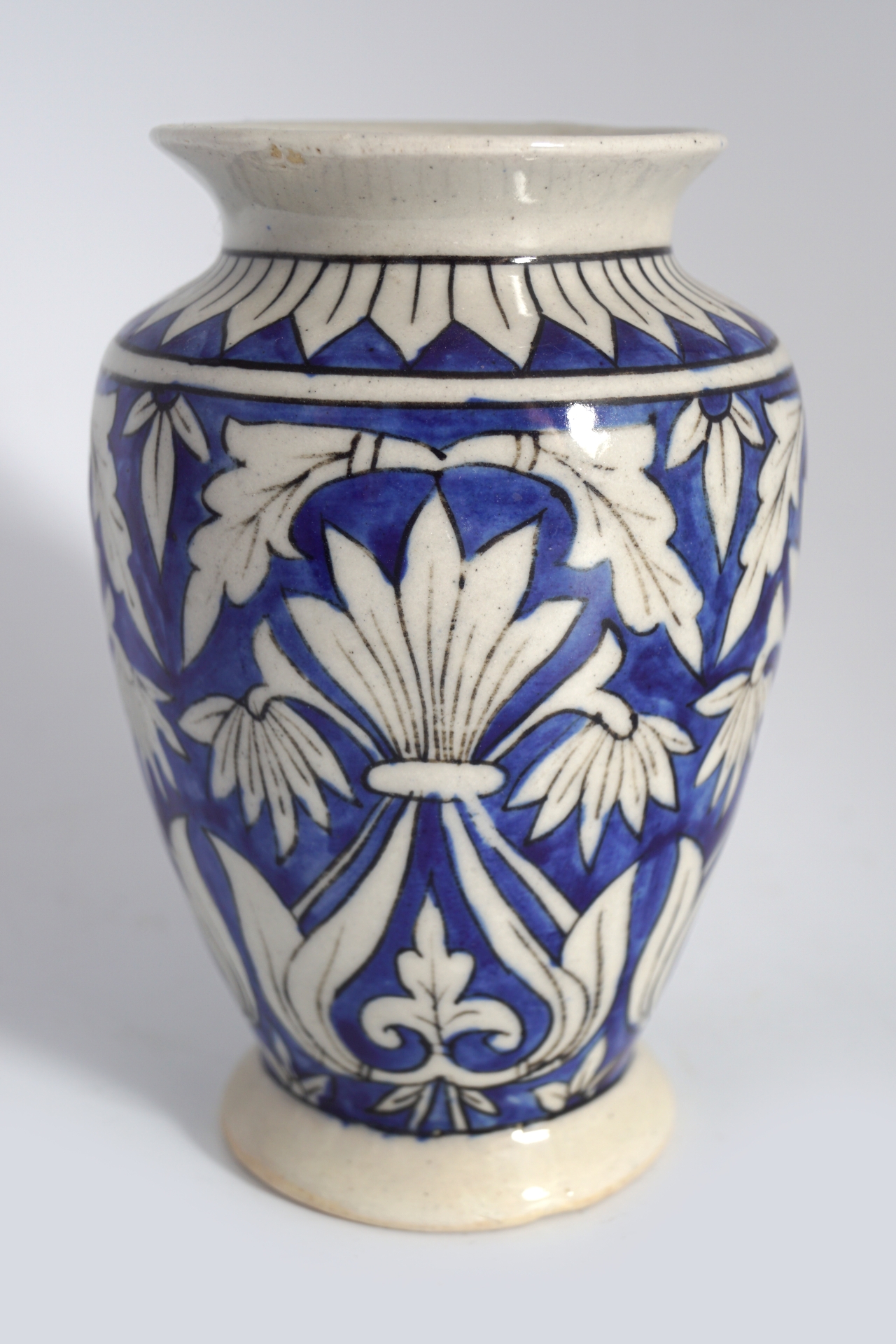 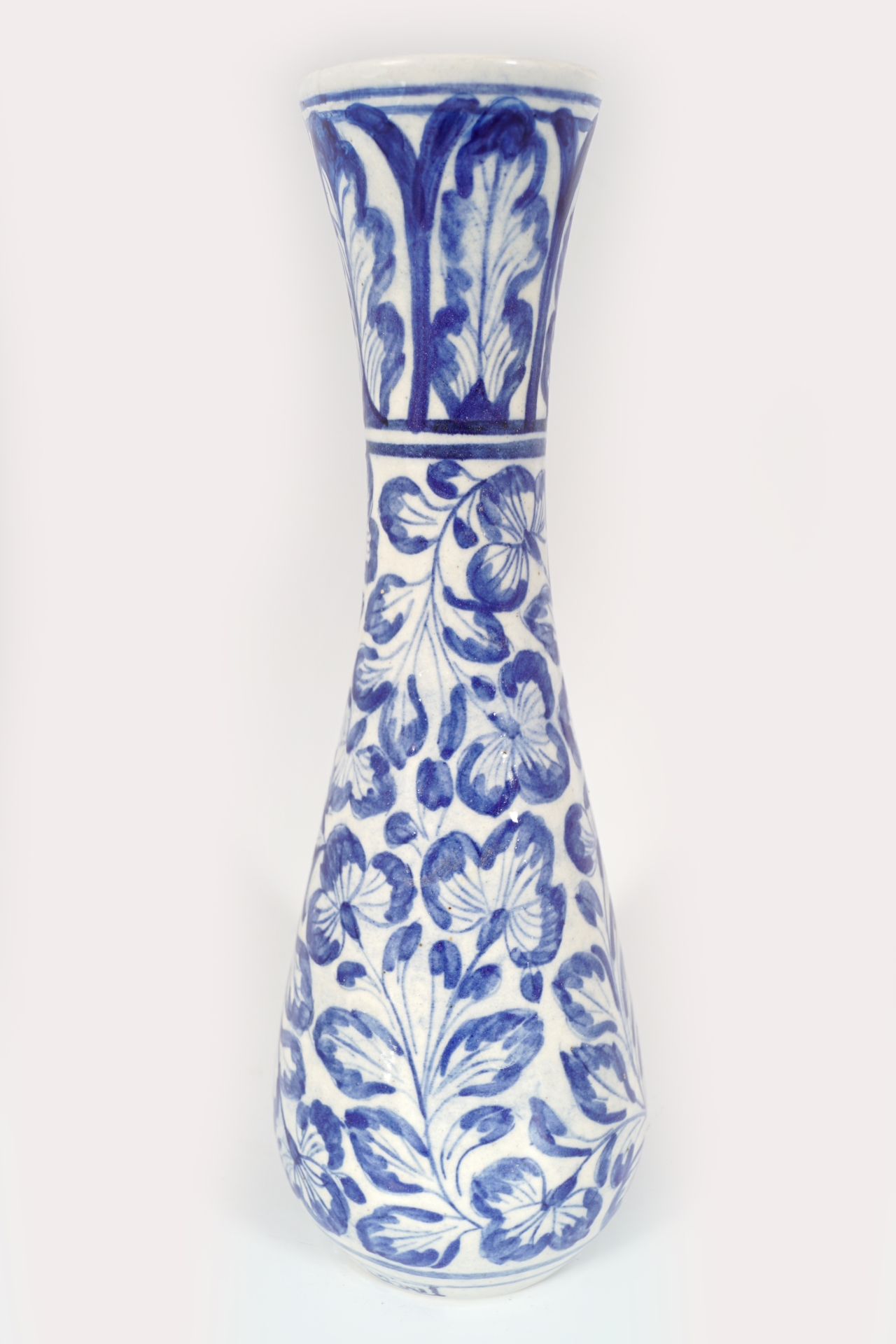 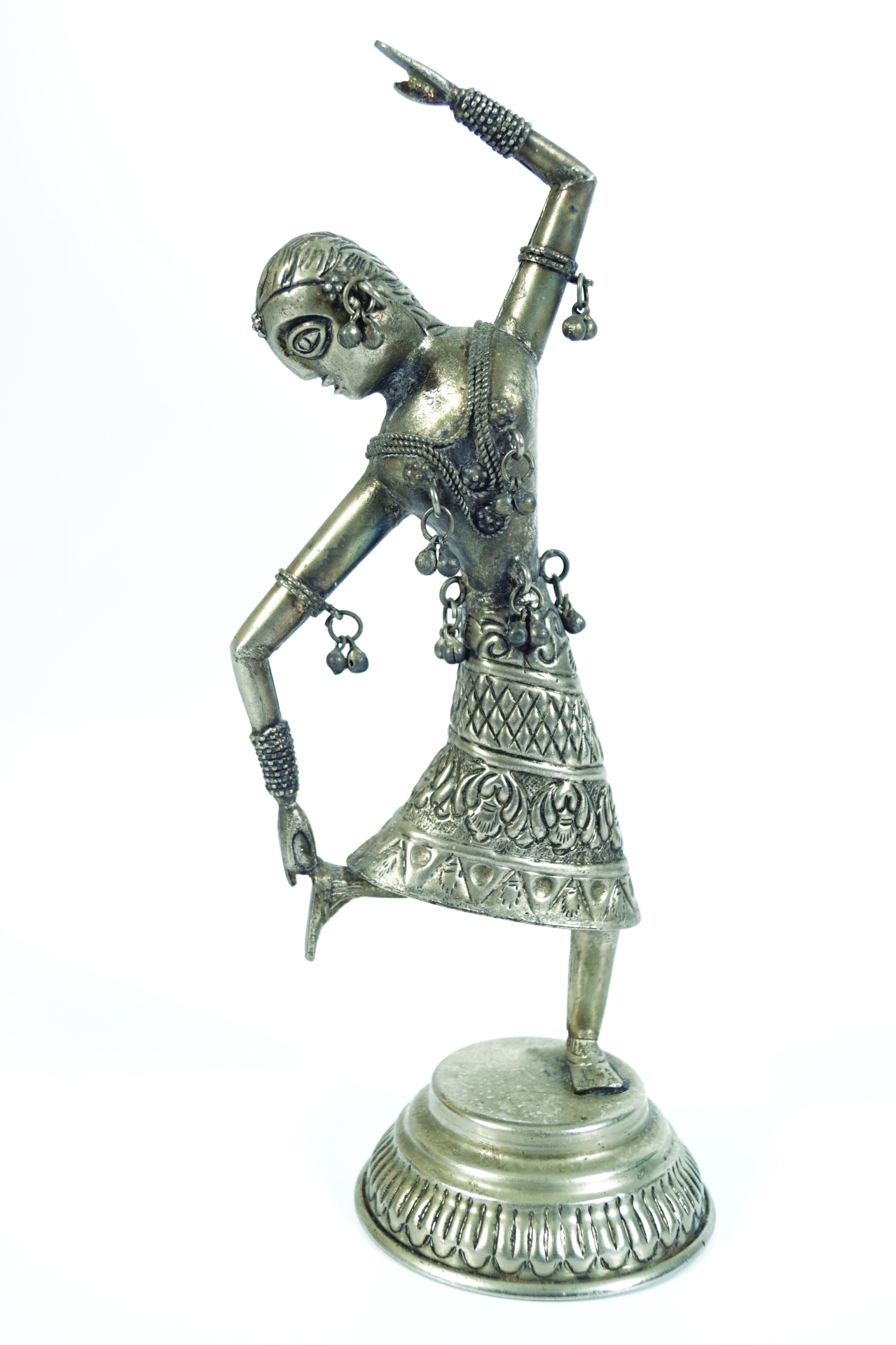