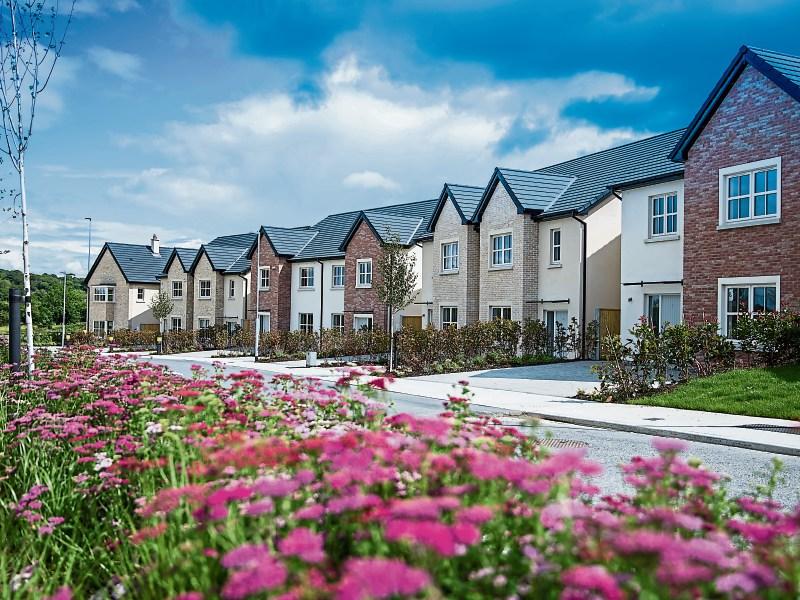 Commenting on the CSO Residential Property Price Index for January IPAV, the Institute of Professional Auctioneers & Valuers, said auctioneers throughout the country are seeing extremely strong demand for homes that they are unable to satisfy because of a lack of supply.

“The strong increase of 4pc in prices outside of Dublin has been influenced by many now working from home and seeing that to be the future, even if not on a full-time basis and also the fact that properties in many areas outside of Dublin are still well below the prices of 2007. ”

He said builders must get back, safely, to building more homes.

“It is in nobody’s interest that prices would continue to rise at such a level.

“And affordability is a real problem for those on average wages, many of whom are being forced to rent, at prices substantially greater than the cost of servicing a mortgage.

“The Central Bank mortgage rules are just too severe for this cohort of the population,” he said.

He said it remains to be seen if the promised Affordable Purchase Shared Equity scheme where the State will provide equity support to those seeking to buy homes but are unable to secure the full mortgage to do so, will address some of this sufficiently.

He said the Housing Commission promised in the Programme for Government needs to be set up urgently and involve all stakeholders in the housing market. xt

Meanwhile, t he latest Residential Property Price Barometer which charts actual house prices achieved by auctioneers, for the most common family home types – three and four bedroom semi-detached houses and two-bedroom apartments - and compares prices in Q3/4 of 2020 with Q1/2 of 2020 reveals price increases in the vast majority of the country, with the largest increases taking place in 4-bedroom homes.

In Laois it found that in the latter six months of 2020 four-bedroom semi-detached homes increased by just 0.35pc, three-bedrooms were up by 1.13pc but 2-bedroom apartments were up by 3.43pc, over the previous six months.

Elsewhere Galway city topped the list for 4-bedroom homes with a 5.87pc increase, followed by Donegal at 5.16pc.

In the three-bedroom category Louth was top at 4.69pc, followed by Kildare at 4.60pc and for two-bedroom apartments Waterford led the way with a 4.97pc increase followed by Carlow at 4.94pc and Dublin 24 at 4.14pc.

Pat Davitt, IPAV Chief Executive said when, in the late Spring and early Summer of 2020, notable economists and analysts across both the public and private sectors were predicting house price drops, some of the order of 20pc, knowing the feedback from auctioneers IPAV publicly questioned the rationale for such forecasts.

He said property valuations are crucially important because values impact, not only the balance sheets of lending institutions and pension funds but the financial security and immediate and future choices available to citizens.

“Just over a year ago the Central Bank estimated we will need to build 34,000 new homes every year up to 2030. Latest CSO data shows the 2020 figure for new builds was 20,676. So demand will continue to outstrip supply for some time.”

But supply is not our only problem, he said.

“There is a huge issue around affordability, particularly for those on average wages of up to €45,000, many of whom by paying high rents have shown they can well afford to service a mortgage.

“They cannot get a mortgage because of the overly zealous nature of the Central Bank’s macro prudential mortgage rules.

“The 3.5 times salary cap in the Central Banks rules is not a high enough multiple to allow average wage earners qualify for a mortgage.

“The Government has already recognised this and allows 4.5 Loan to Income multiples in their Rebuilding Ireland Home Loan, available from Local Authorities. However as this loan is only suited to certain applicants, the Central Bank needs to follow suit.

“At a time when rental levels is most areas of the country remain substantially higher than mortgage repayments for the same property, it’s ironic that the Government has had to step in and extend the Help-to-Buy scheme and are now introducing a new Affordable Purchase Shared Equity scheme where the State will provide equity support to those seeking to buy new private homes but are unable to secure the full mortgage to do so.”

Mr Davitt said the setting up by the Government of the promised Commission on Housing is awaited.

“It’s absolutely critical that this body would have input from all stakeholders, so that past mistakes can be avoided and the major impediments that remain to building sufficient homes are addressed,” he said.