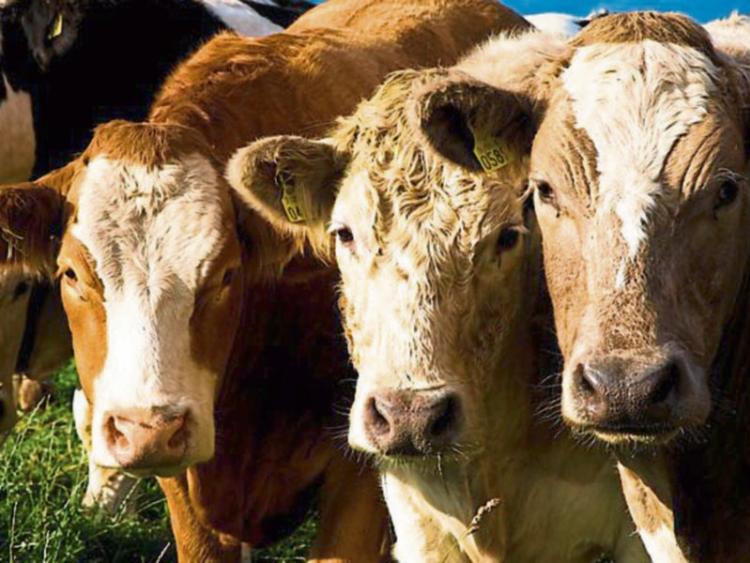 A national call to increase the price of beef paid to cattle farmers is being echoed in Laois.

Cllr Padraig Fleming has requested that Laois County Council back a campaign by the Beef Plan Movement Association to get an independent meat regulator appointed with statutory powers.

They say that this would be to “investigate anti-competitive behaviour by meat processors, meat traders, bodies associated with the trade of meat, trade of meat bi-products and/or trade by retailers who operate along the meat supply chain”.

He tabled a motion to the March council meeting, reading out a letter from the movement.

“County Laois has over 1000 beef producers and over 480 dairy farmers, all of whom need the protection of a regulator, to ensure their businesses remain viable and to protect the fabric of rural life and the viability of many businesses throughout Co. Laois.

“Family farms can no longer be subsided by an off farm income and EU subsidies in order to supply the processing and retail industries with “below the cost of production” produce. To supply produce in this way to multibillion industries is discrimination and the Beef Plan Movement wishes to have this matter addressed publicly, non—unilaterally and fairly,” the letter from the Beef Plan Movement said.

“Members of the movement have held peaceful protests, engaged in beef sector negotiations and Beef Market Task Force meetings, where the appointment of ‘an independent meat regulator’ has been brought up for discussion but has failed to be discussed.

“The Beef Plan Movement has from the outset, sought clarity, transparency and accountability from meat processors and retailers on their activity in the supply chain and the distribution of resulting profits.

“To date they have not identified any form of cooperation between stakeholders to provide the required accountability and transparency.

“The movement is disappointed that such an important position has not been debated by Task Force stakeholders or within the houses of the oireachtas. It is requesting that a bill for the appointment of ‘an independent meat regulator’ with statutory powers is drafted.

“All primary producers of meat must be protected and treated fairly. Accountability is absent, fair trade is absent and co-operation by stakeholders in the quest for accountability and transparency in the meat supply chain is utmost as an agenda item by their association.

“It is an injustice to all farmers, citizens of the Irish state, rural dwellers who support our rural economies, which in turn is the foundation of the national economy.

“The Beef Plan Movement respectfully asks, that all protective parameters are put in place to protect our farmers, primary producers and present them with equal opportunity.

“Their members, our constituents, request full accountability and absolute protection from unfair trading practices and anti-competitive behaviour in the supply chain. There is a constitutional right to protect farmers, citizens and to ensure that they have a fair living from their employment.

“These essential workers deliver food products to every kitchen table on this island and to many other countries across Europe and the World.

“Without reform within the meat industry there will be a breakdown in the supply chain and trust will never be rebuilt between producer and processor.

The movement notes that the programme for government lists the appointment of a national food ombudsman and welcomes this."