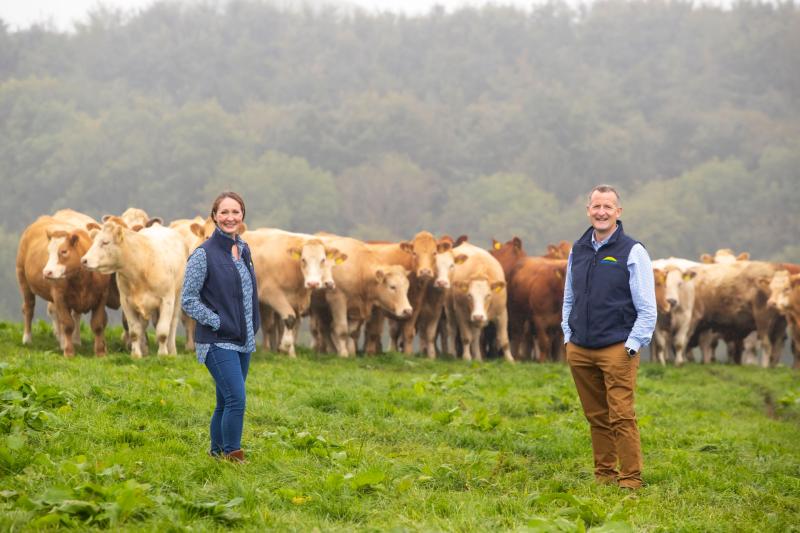 The equivalent of 27 swimming pools of water have been saved at a Laois meat factor this year according to the major Irish food firm that runs the facility.

Dawn Meats claims the savings made at the processing plant has helped it to cut group-wide greenhouse gases by 248,000 tonnes since 2016.

Dawn Meats has highlighted its plant in Rathdowney in its new Group Sustainability Report.

"As an example of progress achieved Dawn Meats’ plant in Rathdowney, Co Laois, has contributed water savings equivalent to 27 Olympic-sized swimming pools on an annual basis.

"The plant has saved 5.6m litres of water per month thanks to a range of initiatives employed. The installation of water sub meters to monitor usage, real-time reporting of issues through an online platform and the implementation of a ‘True Cost of Water’ metric, which is now being rolled out across the group, all led to significant progress at Rathdowney," said a statement.

The company says it was the first European beef and lamb processor to set science-based targets and measure its progress on externally verified sustainability goals. It says it has committed to a 30% reduction in Green house gas emissions by 2030 which is the equivalent of emissions of 59,000 CO2 equivalent

It hopes to achieve this through a range of measures including the procurement of 100% renewable electricity and site investments in refrigeration upgrades and lower emission thermal energy generation.

Dawn Meats says it has also achieved a 31% reduction in energy intensity in 2020 and is on target to achieve a 40% reduction by 2025. In real terms, it claimed this is a reduction is the equivalent to powering a town of 20,215 homes per year.

Progress is also reported on 2025 targets has also been made in terms of water intensity, with a 28% reduction being achieved in 2020, equivalent to 1,225 Olympic sized swimming pools.

On the supply chain, Dawn claims 96% of livestock sourced from Bord Bia Sustainable Beef and Lamb Assurance Scheme members in Ireland. It says farm emissions across the group have reduced by 189,000 tons CO2 equivalent in 2020.  It adds that the commitment to a sustainable supply chain has been further enhanced by improvements in packaging used, with all of Dawn Meats’ rigid plastic trays now having a 90% average recycled content

Some of the key achievements outlined in today’s report include:

“Dawn Meats continues to move forward in its goal of being Europe’s most sustainable meat company. Progress on our emissions targets is a testament to the work our teams put in on the ground at our 22 processing sites. It is only by our staff, suppliers and customers all working together that we are able to achieve the progress we are making.

Gill Higgins is the Group Head of Sustainability at Dawn Meats.

“Across all aspects of our sustainability strategy, from climate action, environmental management and sustainable sourcing to animal welfare and people and community, we are making improvements that count. We have had excellent engagement with our primary producers and community stakeholders, and it is important that we recognise their valued contribution,” she said.

Family owned, Dawn Meats was established in Co. Waterford, Ireland in 1980. It says it has grown to a business with over €2bn in annual revenue, employing over 7,500 staff in twelve countries. The company says it works with some of the world’s leading food companies. It says the combined businesses in the UK and Ireland sees approximately 1m cattle and 3 million sheep processed annually.