Money is the big issue at farm gates - Bergin 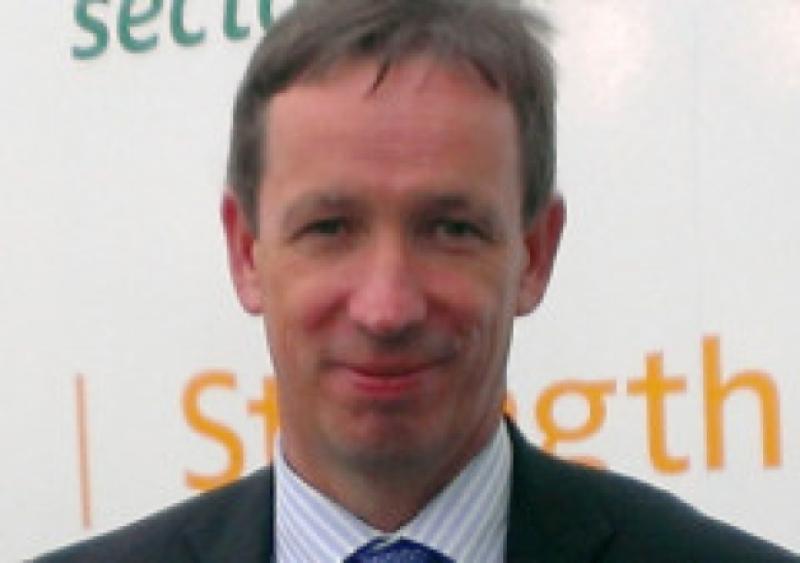 The fact the Jer’s campaign team erected the posters reveals the high stakes in the campaign to be the leader of the country’s biggest farming organisation.

When he spoke to the Leinster Express last Tuesday at the National Ploughing Championships the Ballacolla man revealed the extent of his campaign. He was in Leitrim until the early hours of Monday morning canvassing farmers.

Ger has been canvassing since last spring.

“I’m very happy with the campaign. We have been on the road for the last four or five months. I left Drumshambo at 12.45am last night to get home and come here to the ploughing,” he said.

He is happy with the local support with 300 farmers turning out to support his campaign at a function in recent weeks. There will be a full national launch later this month.

The canvas has thrown up one big issue.

“Money. The scarcity of money is the big issue. There are huge bills there because of the bad summer last year followed by the difficult winter and spring. There are huge credit problems,” he said.

While farmers have faced a bad couple of years with extra bills, he says they have also lost income through the cutting of schemes.

Another torment for farmers is red tape.

Mr Bergin admits that the next president will be under pressure to sort such issues out “concretely”.

However he also thinks agriculture needs to be respected by politicians who have a “huge responsibilty”.

“We have to get back to having a bit of respect for farmers as primary producers. We cannot expect people on one side to grow their business with no income support, income cut and schemes gone and huge red tape and regulation on the other side. That’s not on,” he said.

The IFA man says the jury is out on whether Simon Coveney has delivered as Minister for Agriculture.

“It is too early to say. He has critical decisions to make on funding and investment in agricultural,” he said.

“I can guarantee that there will be no delivery on 20/20 without a recovery of schemes and an investment package for people to expand,” he said.

“All the stealth taxes and all the cuts in health and education and mortgage problems equally apply to farmers. It is the same burden no matter what type of work they are in. My key message would be what is good for farming and farm incomes is good for the country,” he said.

Mr Bergin said agriculture exports have grown to €9 billion with a target of €12 billion “on half the industrial wage”.

As to Laois farmers, Mr Bergin says their success is key to the county’s success because of their importance to the local economy.

“Laois is a pure farming county and is a microcosm of farming in Ireland. We have all the commodities and a higher dependence on farming than anywhere else.

“Look at the IDA figures every year, we have the lowest investment in terms of jobs. Agriculture is key for Laois and the future for Laois is a strong and prosperous agricultural industry,” he said.

A side issue that has become divisive is the wind turbines.

“Our job is to represent farmers approached for any type of infrastructural development whether that is roads, gas or whatever. It is up to the farmers to decide what to do and it is up to the planning process in terms of rights to achieve the balance which is necessary.

“We’ve said to the Minister he must put proper statutory guidelines in place before the process starts underway,” he said.