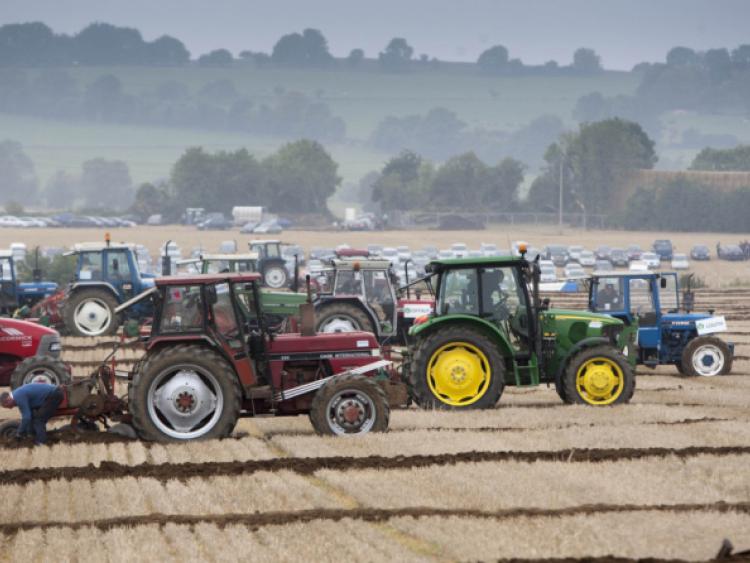 Laois hospitality and organisation have secured the National Ploughing Championships for Laois in 2014.

Laois hospitality and organisation have secured the National Ploughing Championships for Laois in 2014.

A record breaking crowd of 228,000 descended on the fields of Ratheniska, coming from all corners of Ireland and beyond to enjoy not just ploughing, but a maze of trade stands, livestock, machinery, exhibits, fashion, food and freebies.

The dry weather meant there was no need for the wellies or walking sticks many visitors were sporting.

Along with the carefully executed Garda traffic plan, it ensured the event ran smoothly for the three days, with none of the chaos experienced last year in a rain swept Wexford .

Managing director of the NPA Anna May McHugh confirmed the show will stay on her home soil, following the ‘outstanding success”.

“It was beyond all our expectations. The crowd was immense, the atmosphere electric and I think a good bit of business was done,” she told the Leinster Express.

She said the location’s accessibility by road was key.

“It was a central location with good road structure, nobody was held up in traffic. People from Armagh, Derry, Kerry were coming to us to say what a wonderful venue it was,” she said.

The Ratheniska farming community are happy to host the event again in 2014.

Her own highlight was the official opening by President Michael D Higgins, who attended with his wife Sabina.

“It was Sabina’s first visit, she was lovely,” Mrs McHugh said, who was described by President Higgins as the “heroine of Irish ploughing”.

With almost 1,400 trade stands this year, she feels the event is big enough.

“We have no wish to expand any further. We have a good number of supporting events like the hunts, forestry and livestock shows, I hope to retain all those for next year,” she said, adding that there will not be a limit put on visitor numbers.

“They did extremely well, they had a very successful outing,” she said.