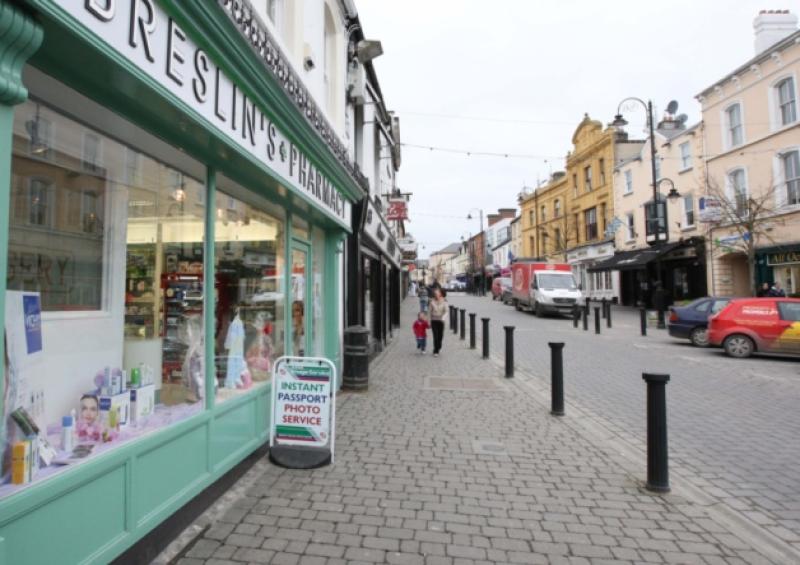 The people of Portlaoise are being urged to play their part in planning a future for the town’s Main Street by taking part in a public survey which gets underway this week.

The people of Portlaoise are being urged to play their part in planning a future for the town’s Main Street by taking part in a public survey which gets underway this week.

The Portlaoise traders group, Downtown Portlaoise, with the backing of Laois County Coucil, Laois Chamber and the Leinster Express are inviting local people to give their views of the future as part of the new Portlaoise 20:20 campaign.

The survey, which can be found on page 16 of this week’s Leinster Express, includes a range of questions from why people go to Main Street to problems and issues with the thoroughfare.

The public’s views are also sought on pedestrianisation and shopping on the street as well as any other issues or suggestions that can help mould the future.

Ger Mulhall of Mulhall’s SuperValu on Lyster Square hopes that many people will have their say.

“As part of the town centre’s development the group has launched the Portlaoise 20:20 project to develop a vision on which the town centre can be developed and enhanced,” he said.

Mulhalls are entering anyone who completes the survey in a draw for an €100 shopping voucher.

Alison Browne, of Browne’s Jewellers, is among those driving the project.

The completed survey can be dropped in to the Downtown Office c/o Laois Tourism, on Lyster Sq.

The survey can also be completed online at www.surveymonkey.com/s/PortlaoiseSurvey