Quarter of a million to visit Ratheniska 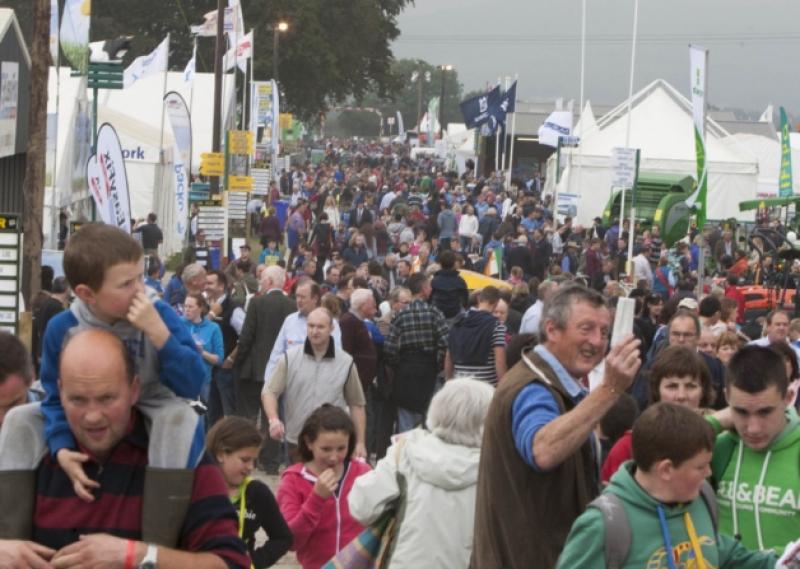 A winning combination of an early harvest, fine weather and good access, promises record crowds for the 63rd ploughing championships.

A winning combination of an early harvest, fine weather and good access, promises record crowds for the 63rd ploughing championships.

Coming to Ratheniska for the second year from September 23 to 25, it is expected to attract in excess of last year’s 228,000 visitors. The track ways have been doubled in width to allow for the extra crowds.

“It’s huge for business in the area. Any one year it creates a revenue of €36m nationwide, but obviously the biggest impact of that is in the county, people eating, drinking, accomodation, petrol, and tourism. We also put money into local businesses, caterers, timber for fencing, we hire as many local services as we can. Coming into off season, it’s a vital time to bring that business,” said Anna Marie McHugh, General Secretary of the World Ploughing Association and PR for the National Ploughing Association.

With her mother the unstoppable Anna May McHugh, MD and Secretary of the NPA, based in her homestead of Ballyadams, they have grown the ploughing into the largest outdoor agricultural show in Europe.

Their shared workload is awesome. Having just returned from the World Championships in Bordeaux, they are already in the throes of planning next year’s event, predicted by many to be in Tullow, Carlow.

“It was very emotional. A wonderful achievement to see two Irish people on the podium and our national anthem being sung and the flag being raised, “ said Anna May, who represents Ireland on the World Ploughing Board.

“ The last time we won was 1999, that‘s a long period. It revives great interest in ploughing,” she said.

The Carter family farm is again at the epicentre of the National Ploughing Championship, which takes in neighbouring farms for parking, competitions and trade stands, totalling 700 acres.

“All other landowners have a big involvement so I want to thank them. Last year was a great year, but it was new to us. This year we are more aware and really looking forward to it,” said Clive Carter, son of David and Shirley.

New events include a Brown Bread competition with €2,000 as first prize, one of many events at the ICA tent on Block A1.

“We will have craft and cooking demonstrations with chef Edward Hayden, and we will be launching our new craftbook and enlisting new members,” said National President Liz Wall.

For ploughing fans, the introduction of the European Vintage ploughing competition is a big attraction.

“Twelve or 13 countries are coming, so that will be an exciting one on the Tuesday,” Anna Marie said, adding that the innovations area for entrepreneurs has had a “whole new facelift”.

There will be 25 different ploughing competitions with 350 competitors, with the two with the highest marks going forward to the next World Championships in Denmark.

Lions clubs will again be offering free diabetes tests, hoping to surpass last year and test 5,000 people, with 60 local lions and 60 nurses working from 8am to 6pm each day.

With an estimated 200,000 people undiagnosed with the potentially fatal disease, John O’Donovan, Lions diabetes awareness officer is inviting all to visit tent 299, row 21.

“There is a queue but you get through quickly, It is, painless, a drop of blood on the finger and you get instant results,” he said

There are prizes of holidays and clothes for the most appropriately dressed man and woman, with scouts picking them out of the crowds on Wednesday September 24.

“What I would be looking for is something tweedy, not high end glamour, nice boots, country chic, maybe a trilby hat, for both men and women, but you never know until you see it. My tip is always come prepared for a change in the weather,” she said.

The championships cost €3.5 million to run, with some of the profit from last year ploughed into new infrastructure for this year, such as widening the trackways.

“We are a non-profit organisation, if we get enough people in the gate and make a bit of a profit for next year, that’s what it’s all about,” said Anna Marie.

Meanwhile traffic plans are in place with six routes, and drivers are urged to check in advance which route applies to them.

“Leave in plenty of time, take your time, follow signs, don’t use sat nav, exhibitors should display their badge clearly to Gardaí and finally have patience. Thousands of people are coming at the same time,” said Garda Superintendent Joe Prendergast.