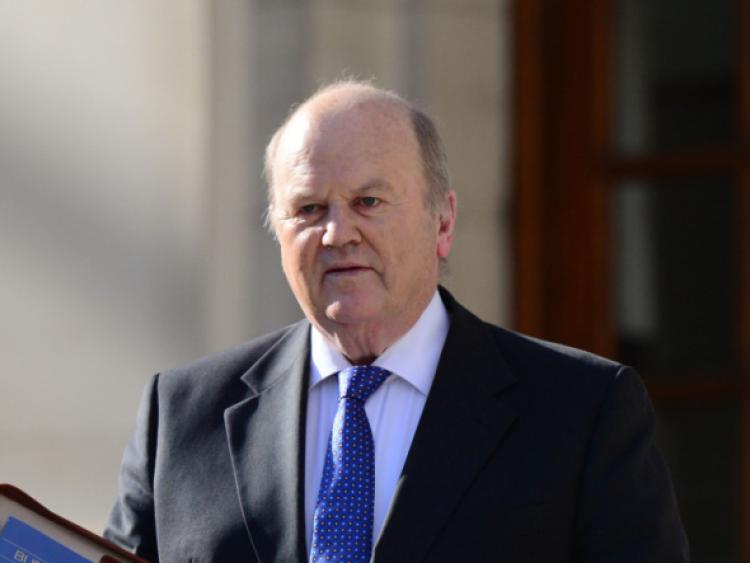 Those pleasant people from the Troika have left the country. And we exit the bailout next month.

Those pleasant people from the Troika have left the country. And we exit the bailout next month.

Will economic life then return to some kind of normality ? Not likely. The Economic War goes on and on.

The Government would seriously want to tone down the shouting from the rooftops about the great breakthrough that has occurred. It was a grim sight, indeed, to observe the Troika people make their way into the Department of Finance, with our economic sovereignty something of an historical footnote. Here were some of the best and the brightest from Europe going through the books in the Finance department of a Republic that once preened itself in front of its neighbours.

And, yet, it was a reassuring sight, too, given the country’s economic collapse was brought about entirely by those we trusted to navigate the ship of State.

I doubt if there is an Irish person today who would not have welcomed, in hindsight, the involvement of Europe in our economic affairs when the excesses of the Celtic Tiger policy led to our grim downfall.

Nobody warns today about the loss of our economic sovereignty, except the odd ideological headbanger, who fails to see that if we had been more under the thumb of Europe we might not be as badly off as we are today.

It seems like a harsh conclusion to reach: we were incapable of running our own affairs and European oversight would have been a good thing. But it is a reality.

This Republic is broken and the Irish people are paying for the incompetence, excesses and, in some cases, corruption of those at the top.

That cannot be said often enough.

Our history is littered with lost opportunities, failed policies and utter incompetence. Our new State was slow in creating the kind of economic groundwork that would make it modern and viable for its citizens. The postwar failure by all governments to involve Ireland in the international upswing was appalling.

Eamon de Valera could say in the early 1950s that it was not necessary for young people to emigrate at all. There were plenty jobs in Ireland. He could not admit to the failure of his protectionist policies. He spoke plenty about restoring the language and uniting the country. That was precious little good to Paddy and Patricia in Camden Town or Springfield USA, which gave them the kind of employment and life denied to them at home.

All the time, Sean Lemass was chomping at the bit, anxious to move Ireland on from the sterility of failed policies. He finally got his chance when Dev went to the Park and he introduced something of an economic revolution. Mr Lemass had one aim, and one only: rescue the country from the collapse that was being predicted by some commentators at the end of the 1950s.

His revolution was quickly undone.

Then came the later economic upswing. Here was an opportunity, finally, to realise the Lemass dream of economic independence. The money was there to get health, education, social services, and other fundamental aspects of the economy, right once and for all.

And the opportunity was lost. Warnings were given. The advice of the then Taoiseach, Bertie Ahern, to those predicting a crash, was to go and commit suicide.

And while he later apologised, the damage was done. The remark must haunt him today. One economic commentator recently remarked that a first-year commerce student could have seen that you could not possibly sustain an economy in the long-term on the proceeds from a property boom.

But Mr Ahern was intent on securing a third-term in power. And sure weren’t the political salaries great, better than any of them thought they would ever earn, and the pensions were accumulating. And, then, should they decide to call it a day, there was the severance pay.

The rest, as they say, is history. The Minister for Finance, Michael Noonan, might have felt that the departure of the Troika last week was a red letter day for Ireland. It was a significant step. But it was no more than that. The Troika representatives did not take austerity with them, as the Irish people know to their cost. The celebrations should be put on hold in Government Buildings for a long, long time. And, in the meantime, could the Taoiseach and his Ministers spare us exaggeration?