Roads so bad that they are beyond just a pothole fix 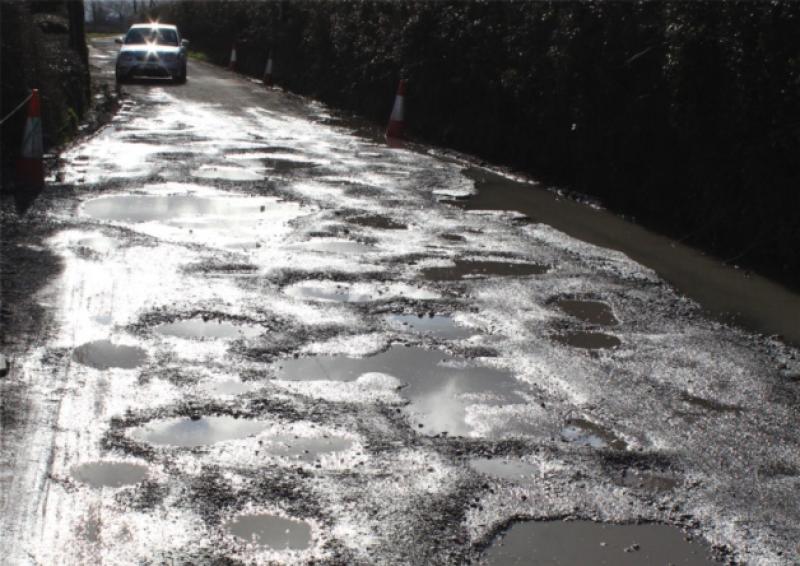 Filling potholes on certain parts of Laois roads, is a “complete waste of money”, according to Cllr John King.

Filling potholes on certain parts of Laois roads, is a “complete waste of money”, according to Cllr John King.

He asked for a number of roads to be included in the roads strengthening programme for this year, including Ballagh Road to Errill NS, Errill village to Castlefleming Bridge, Harristown cross to Johnstown Glebe, and Lisduff road at the county bounds bridge.

“As all of these roads are in a dreadful state as a result of the harsh winter, and filling potholes on bad roads is a complete waste of money,” said the Fine Gael councillor.

He added that on the Lisduff Road in particular, up to 100 children are attending a play school there. Cars have also hit bollards along that part of the road.

“There are kids going there every day and a lot of activity there in the mornings. People are complaining about the potholes. We have to get funding, otherwise we won’t be able to meet anyone”.

He was supported by Cllr Brendan Phelan.

“The barrier is there to protect the public, and any bit of a belt it gets, it is coming out of the ground. It needs a salting machine, especially in the frosty weather,” he said.

The councillors were told by senior executive engineer Brenda Cuddy that the 2014 roads strengthening programme will be presented in the coming weeks.

“This will be following a complete survey of our entire roads network and the application for scoring system agreed at national level. This road will be examined under this regime for inspection,” she said.