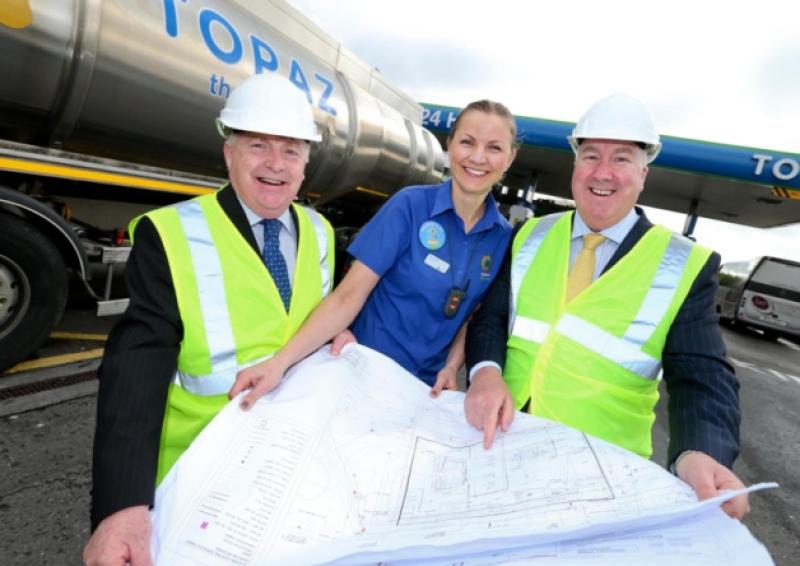 New jobs are on the way following the announcement by Topaz of a new motorway service stop, one of which will be located off the motorway between Abbeyleix and Rathdowney

New jobs are on the way following the announcement by Topaz of a new motorway service stop, one of which will be located off the motorway between Abbeyleix and Rathdowney

Topaz says both sites, which will be among the most modern and best equipped in the country, will provide much needed services and facilities to motorists using the M8 and M9.

The company confirmed to the Leinster Express that it was investing €8 million in the project, half of which would go to the Laois station. It also said it would lease the site near the junction at Grantstown from Manor Stone.

Work on the 600 square metre Ballacolla site will begin in January 2014 and is expected to be completed by July 2014. A planning application has been submitted for the Co Carlow site and if granted permission work is expected to begin next summer. 200 people will be employed during the construction phase of both sites while 50 people will be employed full-time once the 24/7 stations are fully operational.

The site in Co Carlow will include a quick serve restaurant and it’s thought this will create an additional 50 jobs.

Paul Candon, marketing and corporate services director at Topaz, said both sites were key parts of the company’s expansion plans.

“We have an excellent motorway network in Ireland now but there is a shortage of service areas and we want to address that. We see both these sites as being a vital rest and refueling stops for motorists travelling between Dublin and Cork and Dublin and Waterford. It’s estimated 10,000 motorists use both motorways every day and we want to provide them with the best services available.

These sites will set the bar in terms of the services available to customers and will include wi-fi internet access, a top quality hot food buffet and cafe, EV charger, children’s play area, toilets and showers.”

“We are in expansion mode and are constantly looking at sites with good potential near motorways. Our site at Cashel has been extremely successful and we expect these new sites to be likewise. In addition if any dealers would like to join Topaz or hear more about the benefits of being part of our nationwide network we would love to hear from them.”